A 19-year-old Mexican girl identified as Julissa killed herself following depression that incurred when she found naked photos of her being sold on social media.

Julissa was discovered hanged in her bathroom one week after finding her pictures on the web.

“We found that in a Facebook group, screenshots of the names of the women with nude photos were attached, which we identified, but they deleted the publication due to the investigations started,” a devastated family member said.

She was the victim of “Packs de Monclova”, a social media account which has allegedly share the photographs of 300 women online without their consent.

Local media in Monclova, Mexico, says sites have reportedly showed the names of the girls and a “sample” of images so a user could then choose to pay to see more naked images of the women.

The user would make a deposit online and be sent a folder of the images.

It’s unclear how the images were acquired by “Packs de Monclova,” but the General State Prosecutor said that they identified one of those responsible for selling the photos of naked women through social media. The site has been reported to authorities, it remains active.

Authorities in Monclova are now investigating her death as a cybercrime, but no arrests have been reported. 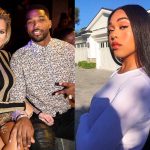 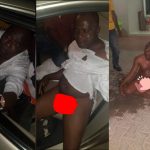