Nigeria’s Under-19 Cricket team has booked the country’s first ever spot at the Cricket World Cup after topping the weeklong qualifying series concluded in Windhoek, Namibia on Saturday.

The Junior Green Yellow defeated Sierra Leone with two wickets in a tensed encounter that was the highlight of the weeklong run of victories against Africa’s Division one Cricket powerhouses.

Adams Ukwenya, the president of Nigeria Cricket Federation, has also described this feat as the most cherished moment in Nigeria’s cricket history.

“Our cricket has attained a new height that has never been reached and we are very happy for this achievement,” Ukwenya said.

Nigeria started on a bright note — having been left to field in the first innings — with the bowling attack on point with Sierra Leone struggling to piece together a decent partnership.

However, it was Henry Kamara who tormented Nigeria’s bowlers and denied them vital points.

Taiwo Mohamed, Abdulraman Jimoh, Peter Aho and Abolarin Rasheed all had 2 wickets each.

In the Second innings, Sierra Leone deployed a bowling approach starting with spin to ensure that they restricted the Nigeria Team to 20 runs for the loss of 1 wicket before lunch.

At the resumption of lunch, Sierra Leone struck with 2 more wickets to ensure that the Nigeria team worked hard for every run scored.

At 20 overs, Nigeria was 38 runs for 3 wickets with the game hanging in the balance.

Danladi Isaac struck 25 runs off 46 balls and Miracle Ikaigbe 22 runs off 56 balls steadied the ship with a 47 runs partnership before Sierra Leone struck again with consecutive wickets to create a tension level like no one has ever felt since the qualifiers began.

At 91 runs for 7 wickets, it was looking more like Sierra Leone will provide that punch that will sink the ship eventually and the timing of the next fall of wicket, will determine the outcome of the game.

The bowlers took their turns to impress with Emmanuel Boniface striking 11 runs off 9 balls in the death, supported buy Abdulrahman Jimoh with 12 runs off 12 balls not out.

Nigeria was 122 runs when that all-important wicket fell and well in-sight of the finish line though in Cricket, anything is possible.

The top performer who showed class and courage in the midst of trouble was Peter Aho with a remarkable 21 runs off 32 balls not out.

Nigeria survived in what could be described as the best performance in this tournament to record the required total of 139 runs for the loss of 8 wickets in 44.2 overs.

Peter Aho was named Man of the Match with his bowling and bating statistics of 2 wickets and 21 runs not out.

Nigeria won by 2 wickets to qualify as the first team in the whole of North-West Africa to qualify for the ICC U-19 World Cup scheduled for January 2020 in South Africa. 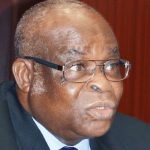 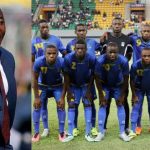