Despite President Muhammadu Buhari‘s public denial that he wouldn’t extend his tenure beyond the constitutional limit of 2023, leading human rights advocate and Senior Advocate of Nigeria (SAN) , Mr Femi Falana, believes the president is working towards illegally elongating his stay in office.

Nigerian Tribune reports that a pro-Buhari group recently called for an extension of the president’s tenure beyond the constitutional limit of 2023.

However, Buhari publicly told Nigerians that in 2023 he would be retiring to Daura, his hometown, after his second term in office.

Speaking to Saturday Tribune on Friday, Falana asked Nigerians to disregard the denial, saying all moves by the president and his men point to tenure elongation ambition.

“But you heard his group demanding a third term for him and the president trying to distance himself in a very unconvincing manner. I have no doubt there is a third term agenda, because dictatorship of the kind we are witnessing now, in the past, was to one end; tenure elongation.

Falena accused the president of driving the opposition aground, restricting free speech, crackdown on the media, including the new media as well as perceived authoritarian moves in the areas of free trade and impunity in the conduct of state matters. He said:

“He (President Buhari) is trying to cow Nigerians, but no one can successfully do that. All his recent actions are geared towards that; ruling from London, closing borders, arresting opposition and jailing journalists, are meant for him, to be the only voice in the country, it won’t be.

“Burkinabes, Malians, Nigerians have called me to complain of being stranded for about two months now, because the land borders are shut. They are stranded with tons of plastic materials, bought from plastic manufactured by Nigerians, in Nigeria.

“I am sure you know that all auto shops in the country have been shut down, on the ground that appropriate duties have not been paid on some vehicles.

“Until the court stepped in, the army was going to subject Nigerians to the humiliation of self-identification, under their Positive Identification agenda. All these massive violations of Nigerians’ rights and threats to cow Nigerians to subjection are designed to pave way for a third time agenda.

“You can’t say you want to conquer your people, without a sinister agenda to it. Like Abacha and IBB, before now, all we are seeing now, were the same manifestations under them; jailing journalists, charging them with treasonable felony, and their agenda for doing those things, was tenure elongation.

“The last time the movement of any Nigerian was restricted, was in 1962, when the likes of Chief Obafemi Awolowo and Chief Rotimi Williams (SAN) had their movement restricted under an emergency rule in the West, and you know what eventually happened.

“Now, there is no emergency, Sowore is restricted to Abuja, Bakare (co-accused in the treason trial) is restricted to Osogbo. A very annoying order. This is an authoritarian government, they are saying we are above the law, you don’t talk of election under such an atmosphere.” 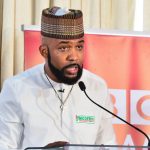 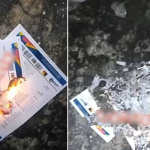