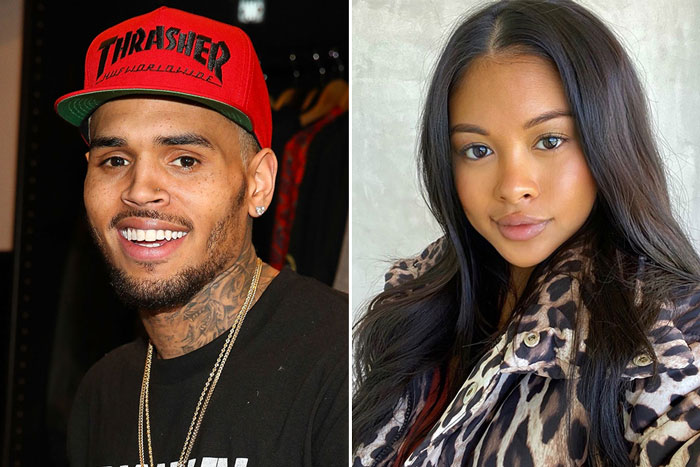 Chris Brown has reportedly welcomed a second child with a model, Ammika Harris, who is now his ex-girlfriend.

The music star, who already has a baby girl, Royalty, with Nia Guzman some years ago, welcomed a baby boy with his ex-girlfriend, Ammika Harris.

Though Chris Brown hasn’t outrightly come out to announce the good news, he, however, posted a cryptic message on his Instagram page two days ago.

Sharing a photo of himself looking down smiling at what is perceived as his baby boy, Chris Brown caption the photo with a quote of a date that appears to be the date of the arrival of the child.

He also posted a second photo with the word “Born” written on the side of the hood.

We gathered that despite the breakup, Chris Brown and Ammika Harris have been seeing each other since the pregnancy news broke and “seeing how things go” with their relationship.

Chris Brown’s prior relationship with another model, Indymarie, ended shortly after the news broke about Ammika Harris’ pregnancy.