This is coming after Naira Marley shared photo of his luxurious cars to deny car theft allegation.

KanyiDaily had reported that Tinubu Chief Magistrate Court in Lagos ordered the police to arrest Naira Marley for arraignment, over an alleged car theft.

The singer later shared a photo of his expensive cars on his Instagram page. He noted that he does not normally show off his wealth but people are teaching him how to do so.

A fan identified as @aremooba_ commented on the post, asking Marley to tell people how much he charges per show.

Marley replied to the comment, revealing that he made N60 million this week alone. He noted that he had three shows and charged N20 million per show. 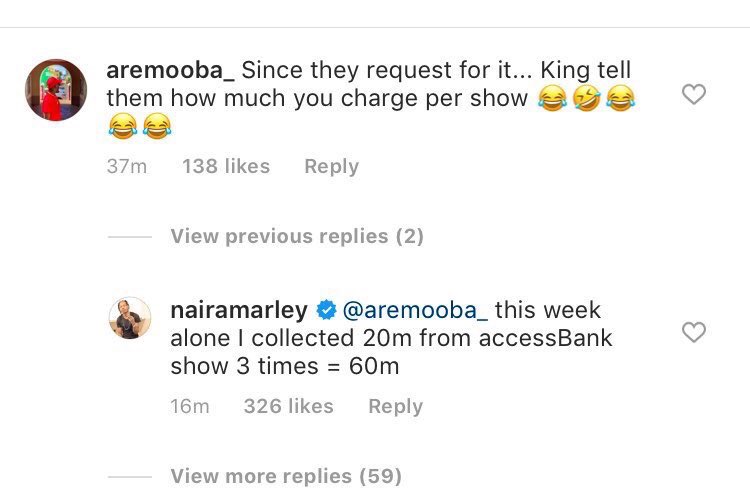 Halima Abubakar Advices Ladies To Spend Money On Their Men, Buy Everything For Him