Nollywood actress, Omotola Jalade-Ekeinde has dismissed reports that she and Genevieve Nnaji are sworn enemies.

During an interactive session on Twitter, a fan had asked Omotola if she can have a hangout with Genevieve to end the long time speculated beef between both of them.

The fan wrote, “we wish to see a hangout photos of you and Genevieve Nnaji. That will be so inspiring and darling after all these years of rumors that the two biggest female players in the industry are sworn enemies.” 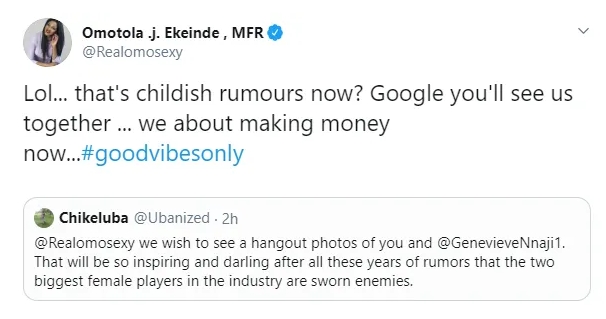 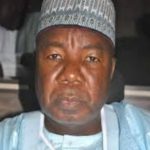 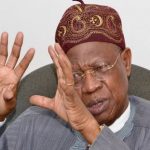