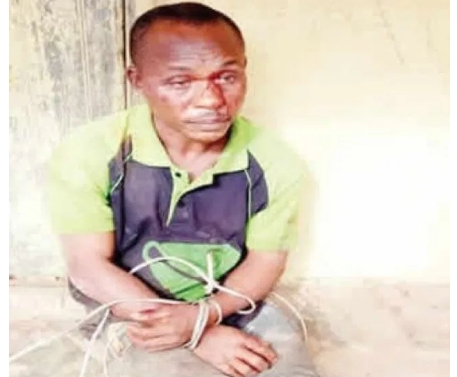 The Nation reports that Agwin was arrested over the weekend for killing his mother using machete to severe her head before smashing the skull with a hammer.

Agwin was said to have broken his mother’s skull into pieces that tissue from her brain littered the floor.

Jude Mbionwu, a security coordinator at Umuobom who witnessed the tragic incident, said:

“When we get to the suspect’s house we saw him with a hammer and machete which he used first to cut off the head of the victim and then used the hammer to break the skull into pieces beyond recognition.”

It was gathered that the corpse of the deceased could not be taken to mortuary because of the degree of damage done to the head as coroners were called from the University Teaching Hospital Nnewi to conduct the autopsy to enable the family bury the deceased immediately.

In his confessional statement, the suspect blamed the devil saying that he never knew what came upon him to commit such crime.

“It is the devil because I did not know what came upon to kill my mother,” he told investigators.

In other news, Ogun State Police Command has arrested a man who butchered his girlfriend and eat her heart with his mother for money rituals.

The man confessed that he decided to go into money ritual because things are not going well with his parents economically most especially his mother. 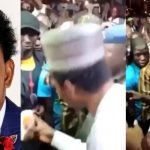 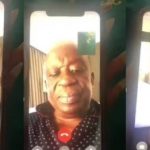