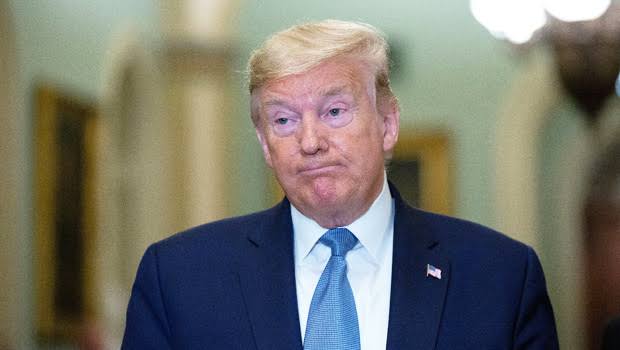 President of the United States, Donald Trump has come under heavy backlash on social media for referring coronavirus disease as a “Chinese Virus.”

With the coronavirus spreading from China into the US and around the world, both nations appeared to be locked in a game of shifting blame about the origin of the virus.

The US summoned Chinese ambassador, Cui Tiankai, over the comment and issued a “stern” warning to Cui.

On Monday, the US secretary of state, Mike Pompeo, also told top Chinese diplomat, Yang Jiechi, the Trump administration strongly objects to China’s “efforts to shift blame” for the coronavirus to the US.

Hours after that, President Trump for the first time on his Twitter feed used the phrase “Chinese Virus” to describe coronavirus, stepping up friction between the world’s two biggest economies.

Trump, who has previously called the disease a “foreign virus”, tweeted:

“The United States will be powerfully supporting those industries, like Airlines and others, that are particularly affected by the Chinese Virus.”

The United States will be powerfully supporting those industries, like Airlines and others, that are particularly affected by the Chinese Virus. We will be stronger than ever before!

If you’re looking for someone to pin this crisis on, try the guy who made up a phony Google website or promised testing kits that he STILL hasn’t delivered.

And I hate bringing more attention to the fact that he said Chinese virus… but I’d like us to continue to look out for our Asian brothers and sisters who are experiencing attacks against them because people are assuming they have the virus because they are Chinese https://t.co/NPvwUKn95Q

Trump just tweeted “Chinese virus” Say hello to 25 years of Asian American kids taking hell for no sin of their own. He knows exactly what he’s doing.

This guy is a nightmare. A pig.

Yes it had originated in China but saying it’s a Chinese virus is going to put a target on the back of Asians from ignorant/rascists folks. There have already been instances where Asians have been attacked for not wearing masks or just being out in public. https://t.co/uwd9Yr26JL

Mr. President: This is not acceptable. Calling it the "Chinese virus" only instigates blame, racism, and hatred against Asians – here and abroad. We need leadership that speaks clearly against racism; Leadership that brings the nation and world together. Not further divides. https://t.co/wPTcnoO5QU

STOP calling it the Chinese Virus you moron.
Your ignorant racist words are so dangerous for Asian people, maybe we should be calling it Trump Virus because your inaction has made it so much worse! https://t.co/zcOTromWcE

Don't call it "Chinese virus" or "Wuhan virus." Sure, it indisputably originated in Wuhan, China. Sure, the Chinese government let it spread like wildfire. Sure, it may very well kill you and/or the people you love.

But you don't want anybody to think you're racist, do you?

By calling the Coronavirus the "Chinese Virus" chump attempts to try to deflect responsibility, blame others, fuel his base on hatred and set the stage for a power grab down the road as America's savior from the Chinese. We should call this the Trump virus because it's what he is pic.twitter.com/YkuqF5h5hs

From a democratic hoax to Chinese virus. Why don’t you call it a Trump Administration Plague? So ironic to see such a racist dumbass trying to distract people with xenophobia so that they don’t see his incompetence. And even more ironic, some idiots did get fooled by this trick. https://t.co/a1mbOIV46C

World leaders should be thankful that he called it Chinese virus, we should call out china for their irresponsible behaviour. China gave pandemic to the world & he can't even call it Chinese virus… @realDonaldTrump
#ChineseVirus

“Chinese virus.” The guy is willingly putting people at risk for hate crimes. He knows what he’s doing. https://t.co/cVoc7fQjGF

I’m a comedian give me a break. I’m allowed to have fun during this crisis.

"Chinese Virus" is still trending because Donald Trump is still a racist dickwad. 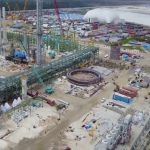