United States President, Donald Trump has threatened to close down social media platforms after Twitter on Tuesday tagged one of his messages with a fact check warning. 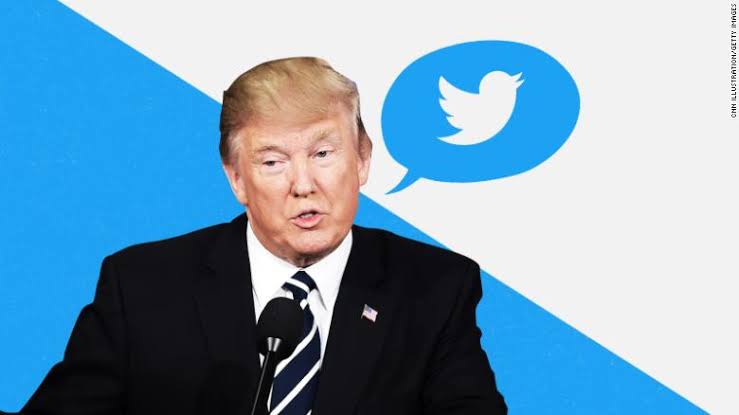 President Trump had on Tuesday taken to his Twitter page and shared misleading tweets, where he claimed that mail-in ballots cast in California will be “substantially fraudulent” and result in a “Rigged Election.”

Twitter, for the first time, added a link to each of Trump’s tweets on Tuesday prompting users to “get the facts about mail-in ballots.” 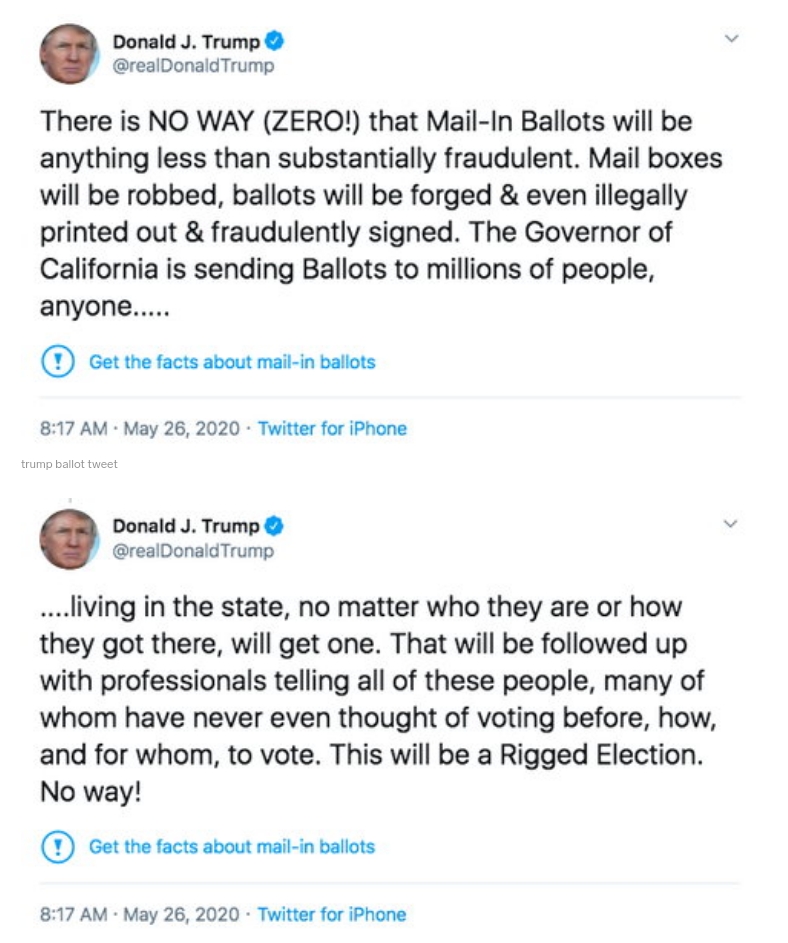 Near the top, there’s a section titled, “What you need to know,” and includes several bullet points summarizing Trump’s claims and whether they hold any merit.

Contrary to Trump’s claims, voter fraud and especially fraudulent use of absentee ballots is exceedingly rare, according to Twitter fact check.

This prompted an angry response from Trump who accused Twitter of “interfering in the 2020 Presidential election” because it fact-checked him.

He then accused the platform of “completely stifling free speech,” which, he warned, “I, as President, will not allow it to happen.”

“Twitter is now interfering in the 2020 Presidential Election. They are saying my statement on Mail-In Ballots, which will lead to massive corruption and fraud, is incorrect, based on fact-checking by Fake News CNN and the Amazon Washington Post….,” a visibly upset Trump tweeted.

“Republicans feel that Social Media Platforms totally silence conservatives voices. We will strongly regulate, or close them down, before we can ever allow this to happen. We saw what they attempted to do, and failed, in 2016.

“We can’t let a more sophisticated version of that happen again. Just like we can’t let large scale Mail-In Ballots take root in our Country. It would be a free for all on cheating, forgery and the theft of Ballots. Whoever cheated the most would win. Likewise, Social Media. Clean up your act, NOW!!!!

“Twitter has now shown that everything we have been saying about them (and their other compatriots) is correct. Big action to follow!” Trump tweeted three hours later, without specifying what the action would be.

Twitter has now shown that everything we have been saying about them (and their other compatriots) is correct. Big action to follow! 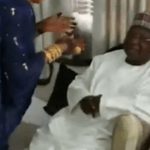