Former Minneapolis police officer, Derek Chauvin, who is facing murder charges in the killing of George Floyd, was granted bail Monday at his first court appearance.

The former officer appeared in the Hennepin County court through video conferencing from prison, wearing an orange jumpsuit and blue mask.

Judge Jeannice Reding granted the prosecution’s request for a $1.25 million unconditional bail or a lower bail of $1 million with conditions.

The $1 million bail conditions would require Chauvin to turn in his firearms and gun permits, have no contact with Floyd’s family, and not work in a security capacity or as an officer while out on bail.

Chauvin’s attorney, Eric Nelson, did not object to the requirements and asked for a hearing to be set for June 29. The former officer did not enter a plea.

KanyiDaily had published a video that shows how George Floyd died on Monday, May 25, 2020, after Derek Chauvin pinned him to the ground by pressing his knee into Floyd’s neck for over eight minutes as the black man repeatedly said, “I can’t breathe.”

Floyd’s death set off nationwide protests with a call for an end to police violence against black citizens and for justice to be duly served to the four former Minneapolis officers involved in killing the 46-year-old man.

The other three officers involved in his death, Tou Thao, Thomas Lane and J Alexander Kueng have all been charged with aiding and abetting in the crime. 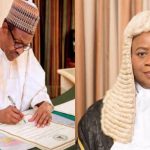 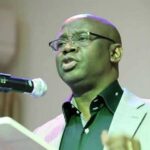