The Economic and Financial Crimes Commission (EFCC) has declared that Ramoni Igbalode, popular known as Hushpuppi, is Nigeria’s most most wanted hacker, who has a case to answer with the anti-graft agency.

KanyiDaily had reported that on Tuesday night, June 10, 2020, Hushpuppi was arrested by the Dubai Police authorities over fraud-related allegations involving the International Police (Interpol) and Federal Bureau of Investigations (FBI).

In a statement on Thursday, June 18, 2020, EFCC spokesperson, Dele Oyewale said Hushpuppi also has considerable cases of cyber crimes to answer in Nigeria.

“Nigerian most-wanted hacker, Ramoni Igbalode, alias Ray hushpuppy, recently arrested by the International Police (Interpol) and the Federal Bureau of Investigation (FBI), has considerable cases of cyber crimes being investigated by the EFCC.

“Commission is familiar with grisly details of his money laundering transactions, involving many high-profile cyber criminals facing trial in Nigeria.

“The Commission is engaging with the FBI in tracing victims of his fraudulent transactions and other fraudsters having direct involvement with him. Local cyber criminals with money laundering networks with him, are also being investigated.

“Hushpuppi was arrested on Wednesday, June 10, 2020 in United Arab Emirates in connection with $35million ventilator scam.”

Meanwhile, KanyiDaily had reported that Hushpuppi has been charged with multiple fraud charges by the police in Dubai, United Arab Emirates (UAE).

Hushpuppi, who was arrested alongside his close friend, Mr Woodbery, were also accused of hacking into the United States (US) unemployed database and impersonating citizens qualified for unemployment funds.

READ:  Married Woman Begs Court To Withdraw Case Against Man Who Raped Her After Enjoying His Sex 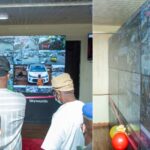 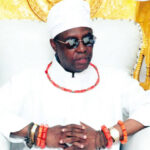