Houston Police Chief, Art Acevedo has asked the President of the United States, Donald Trump, to shut up his mouth if he doesn’t have anything constructive to say. 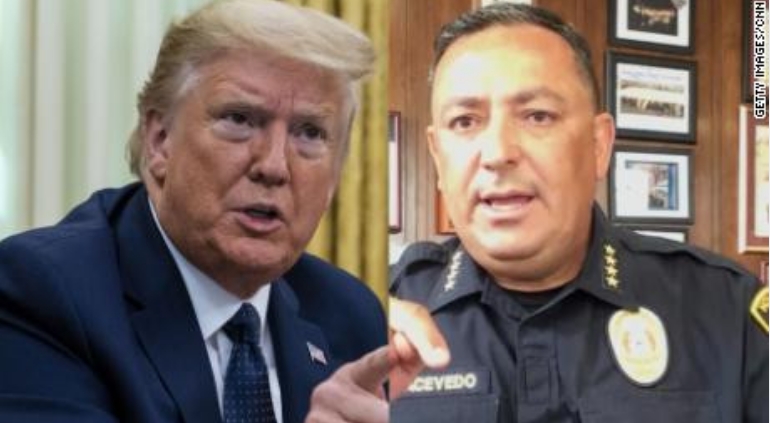 The HPD Chief stated this on Monday night during a live interview on CNN, while responding to a report that President Trump told governors to “dominate” protesters who are seeking justice for the death of a black man, George Floyd.

Trump was alleged to have urged state governors to ‘dominate and stop showing signs of weakness’ in dealing with those protesting in multiple US cities over the death of Floyd, who was murdered by a white police officer, Derek Chauvin, in Minnesota.

“You have to dominate or you’ll look like a bunch of jerks, you have to arrest and try people,”President Trump told the governors in a call from the basement White House Situation Room, according to an audio recording of the call obtained by CNN.

The President suggested to the governors that it was their responsibility, not his, to tamp down harshly on the continued unrest.

“The whole world was laughing at Minneapolis over the police station getting burned…It’s a movement, if you don’t put it down it will get worse and worse,” Trump said. “The only time its successful is when you’re weak and most of you are weak.”

In the conversation, Trump appeared angry and made no attempt at striking a unifying or introspective tone, as some of his advisers have been encouraging and which previous presidents have attempted during moments of national crisis.

Reacting to the report after being asked by TV Host Christiane Amanpour what the police are doing now to calm the situation, Avecedo nodded his head and said:

“Let me just say this to the President of the United States, on behalf of the police chiefs of this country: please, if you don’t have something constructive to say, keep your mouth shut. Because you are putting men and women in their early 20s at risk.

“It’s not about dominating, it’s about winning hearts and minds. Let’s be clear, we do not want people to confuse kindness with weakness we don’t want ignorance to ruin what we have here in Houston.

“I’m speaking for my colleagues across the country, where there are officers being injured, community members are being injured. If you don’t have something to say, then don’t say it. Because that is the basic tenet of leadership and we need leadership now more than ever.

“This is not Hollywood, this is real life, and real lives are at risk. I ask the American people to please join with the police and stand together let’s shift this to what needs to be, to the voting booth. Pay attention to the hearts of the people we elect.

“The reason this happens is that too many people in this country that are are throwing blocks and bricks, damaging property, never bothered to vote. You have a choice, lift up your voice, be heard in a voting booth and continue to march peacefully.”

ALSO READ: “Weakness Is Refusing To Take Responsibility For Your Actions” – Minneapolis Mayor Hits Back At President Trump 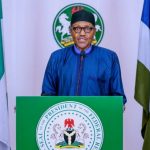 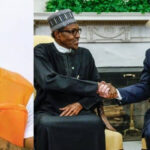