The Minister of Niger Delta Affairs, Godswill Akpabio has reacted to corruption allegations made against him by Joy Nunieh, a former Acting Managing Director of Interim Management Committee of the Niger Delta Development Commission (NDDC). 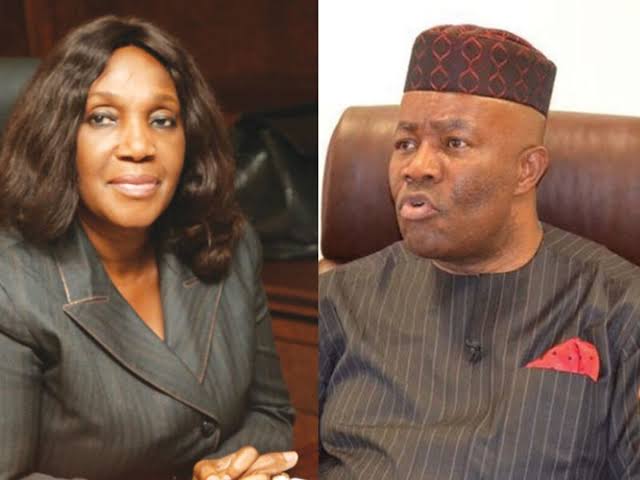 However, reacting in a television interview on Arise News, Akpabio advised Mrs Nunieh “to go to the hospital; see a doctor; get some injection and relax.”

Akpabio said Mrs Nunieh has character problem and also charged his interviewer to bring the four husbands of the former NDDC MD, whom she had alllegedly divorced, to the studio to attest to her temperament. He said:

“I don’t want to discuss her because that’s not the job of a Minister. The last MD you mentioned, Joy Nunieh, I wish she can go to hospital, see a doctor take some injections and relax.

“You also need to bring all the other former husbands to the studio so that you ask them questions one after the other because it looks like character. They will have answers to her problem. Not a professional conduct, is she a professional?

“They will tell you about her characters because what I’m seeing here…if somebody comes up and say something on television channel…then the whole world…Nigerians love bad news and my job is to protect the citizens of the country and the administration of Mr. President .

“I must tell you that even Mr. President, President Buhari was not aware of all these things because I did not want to bother because he will be shocked.

Akpabio’s reply has triggered reactions among Nigerian on social media.

Akpabio in response to the corrupt allegations by Joy Nunieh,former NDDC MD, said the woman has temper problems which can be confirmed by her 4 former husbands.

That's how a Minister under Integrity Buhari chooses to respond to corruption allegations. pic.twitter.com/ov6D71nNvi

Akpabio’s best rebuttal or defense line is that fmr Acting MD of NDDC boss Joi Nunieh had 4 husbands and she has temper issues.

See how they are handling issues of corruption in Nigeria like a Primary school Cultural dance troupe.

You may be dancing and your wrapper falls..

The Niger Delta does not need a Development Commission.

What the Niger Delta needs is the Petroleum Industry Bill to be signed that brings investment to the region.

NDDC is nothing but a feudalist rent seeking platform.

Dear @Senator_Akpabio , if we want to know about her personal life, we will ask her. How do you respond to her accusations ? Don’t be unfortunate. Defend yourself with facts and figures u corrupt cunt pic.twitter.com/rwV2nStWh8

This is coming barely one month after Senator Godswill Akpabio was accused of squandering the sum of N300 million given to him for fence construction contract by the NDDC.

READ ALSO
Atiku Pays $30,000 To Foreign Law Firm To Lobby US To Recognise Him As 'Authentic' Winner Of Nigeria's Election 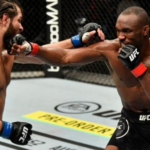 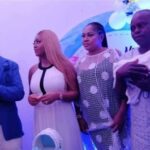