Embattled Chairman of the Economic and Financial Crimes Commission (EFCC), Ibrahim Magu is alleged to have stolen or misappropriated N39 billion in recovered funds while he presided over affairs at the anti-corruption agency. 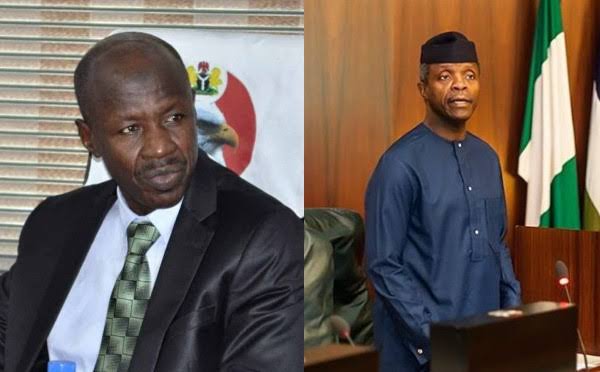 A political analyst, Jackson Ude, who disclosed this on his Twitter page @jacksonpbf, also alleged that Magu confessed to transfering N4bn from the missing funds to the office of the vice President, Yemi Osinbajo.

Ude alleged in his report that Magu released the N4bn to Osinbajo, the day President Muhammadu Buhari left for his last medical trip in the United Kingdom.

Asides from the missing funds, Magu also allegedly confessed to a host of other infractions as acting chairman of the EFCC which include;

“Selling recovered properties, vehicles, houses. Specifically 167 recovered trucks missing from its Portharcourt office, could not account for 27 recovered properties sold this year. Admitted flagrantly defying Act setting the EFCC up which stipulates he reports to the supervisory ministry.

“Ignoring requests of assistance to investigate and recover about 67b by sister agencies including the office of the IG and the presidency. Confessed Movement of important records/files from EFCC HQT between 12 midnight and 4 am Tuesday by his boys.

“Could not account for missing 37b as indicated in the submitted report of the presidential asset recovery panel headed by the chairman of the FIRS.”

Magu was said to have been presented with tons of evidence relating to the allegations against him before he started confessing, begging for safe landing.

READ ALSO
"Even If You Jail Every Nigerian, Stones Will Rise In Protest Against You" - FFK Tells Buhari

Sold recovered properties, vehicles, houses. Specifically 167 recovered trucks missing from its Portharcourt office, could not account for 27 recovered sold this year. Admitted flagrantly defying Act setting the EFCC up which stipulates he reports to the supervisory ministry.

Could not account for missing 37b as indicated in the submitted report of the presidential asset recovery panel headed by the chairman of the FIRS.

Magu was head strong on Monday when he was picked up. Investigators said he refused to speak on any issue they asked. On Tuesday, when they showed him documents and evidences, he started confessing. He is now begging for soft landing, an investigator said.

Although there are reports that Magu has been suspended and replaced with the FCT Commissioner of Police, Bala Ciroma, as the new acting Chairman of the EFCC, but the Presidency has not issued an official statement regarding the unfolding development. 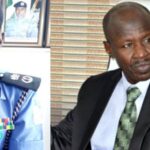 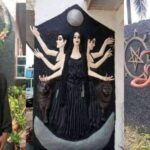