The FCT Commissioner of Police, Bala Ciroma has been appointed to replace the suspended Ibrahim Magu as the new Acting Chairman of the Economic and Financial Crimes Commission (EFCC).

This is a developing story……Details later.

The FCT Commissioner of Police, Bala Ciroma has reportedly been appointed to replace the suspended Ibrahim Magu as the new Acting Chairman of the Economic and Financial Crimes Commission (EFCC).

Must the EFCC always be led by police officers? Why can't we try Lawyers or others. pic.twitter.com/QOIXpEKnhb

No matter how righteous or capable a supposed candidate is, if he can't dance to the tune of the centre, he's not qualified.

Capacity and Flexibility are the key factors in any appointment, Government or Private.

President Buhari has nominated the FCT commissioner of Police, Bala Ciroma as the new acting Chairman of EFCC. 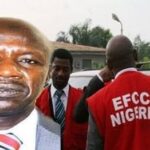 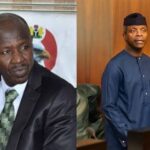