The Police Service Commission has promoted a former acting Chairman of the Economic and Financial Crimes Commission (EFCC), Ibrahim Magu, to the rank of Assistant Inspector-General of Police (AIG). 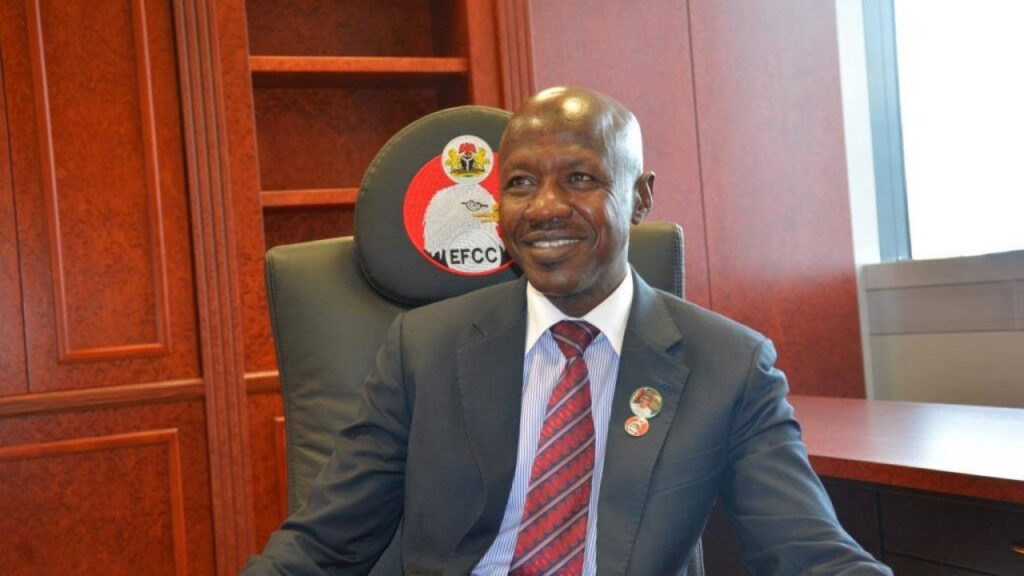 PSC spokesperson, Ikechukwu Ani, who announced the development in a statement issued on Monday, said Magu was promoted alongside many other senior officers of the force.

The statement reads, “The eight Commissioners of Police promoted to AIGs were; CP Mustafa Magu Ibrahim who is the most senior in the CP cadre and who missed the last two promotions after returning to the Police; Abraham Egong Ayim; Okunlola Kola Kamaldeen; Andrew Amieengheme; Akeera Mohammed Younous; Celestine Amechi Elumelu; Ngozi Vivian Onadeko and Danladi Bitrus Lalas (Airwing).”

The development comes amid Magu’s expected retirement from the Nigeria Police Force (NPF), having clocked the mandatory retirement age of 60 on May 5.

KanyiDaily recalls that in July 2020, Magu was arrested, detained, and suspended as the EFCC acting chairman after he appeared before a panel probing allegations of gross misconduct.

He was probed by Justice Ayo Salami-led’s presidential panel for more than three months over allegations of corruption, insubordination, and re-looting of recovered funds under his watch as the acting EFCC chairman.