Malawi’s new President, Lazarus Chakwera has appointed his relatives and family members of other politicians as ministers in his new cabinet. 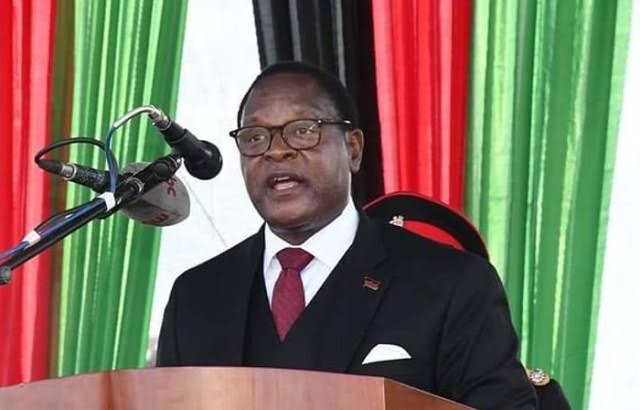 President Chakwera during his campaign lambasted the then president for being nepotistic and filling his cabinet with people from his region.

However, Mr Chakwera has also now appointed over 70% of his cabinet members from the central region which happens to be his political stronghold.

The appointment has made several Malawians unhappy because the president had criticised his predecessor for being nepotistic and filling his cabinet with people from his region.

Businessman Gospel Kazako, who has been appointed information minister, also has his sister-in-law Agnes Nkusa Nkhoma as the deputy agriculture minister.

The appointment has made several Malawians unhappy since they expected him not to repeat the nepotism he accused his predecessor of.

Husband and wife and the wife's cousin all in one cabinet, really?" And cabinet that comprises more than 70% of people from one region which happens to be his political stronghold. Malawi's new president just betrayed his inaugural speech.@NelsonHavi @MigunaMiguna #MalawiCabinet. pic.twitter.com/CVSGO9IZ2J

I will not lie, I am greatly underwhelmed by the cabinet list. Perhaps our expectations were too high.
Husband and wife and the wife's cousin all in one cabinet, really? Malawi wokomera tonse?
Gospel Kazako, owner of Zodiak Broadcasting Station, Minister of Information.

The only way to describe this cabinet is "spouses,sibilings,comrades and friends" #MalawiCabinet . @edmnangagwa you not all bad you inspire other nations usufake oKazembe kazembe. pic.twitter.com/fVCb3eY8Jh

Good morning @LAZARUSCHAKWERA.
Just some quick questions:
You only know nepotism when it's being practiced by your opponents – true or false?
You are a puppet of a president who is given one script for a speech, but have no say on appointments – true or false?#malawicabinet.

KanyiDaily had reported how a constitutional court in Malawi annulled 2019 presidential election, citing “widespread” irregularities and ordered a new vote.

Hushpuppi Has Tarnished Nigeria’s Image, Fraud Does Not Represent Who We Are – Abike Dabiri-Erewa