Nigerian rapper, Vector Tha Viper has taken to his social media page to slam cultists whose orientation is to take other people’s lives.

In an Instagram post, the rapper mentioned that cultists are pledged to fighting corrupt men who have influenced authority to their will and only a fool would go into cultism with a motive to attack another person.

“If you’re a cultist and your orientation is to kill another man just because he’s a cultist then you are a fool. You pledged yourself to fighting against corrupt men who have influenced authority to their will. I repeat, if your motive is to attack another person like you, you are a fool,” Vector said.

Captioning the post, he wrote; “E no pass like that. That is if Africa must be free o. Let all strong men be mentally strong too. EQUALITY AND JUSTICE FOR ALL. ALL!”

E no pass like that. That is if Africa must be free o. Let all strong men be mentally strong too. EQUALITY AND JUSTICE FOR ALL. ALL!

Meanwhile, a cultist had confessed that he had joined the Black Axe confraternity in order to fight his late father’s family who he alleged had been unfair to him. 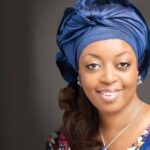 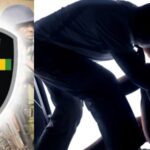