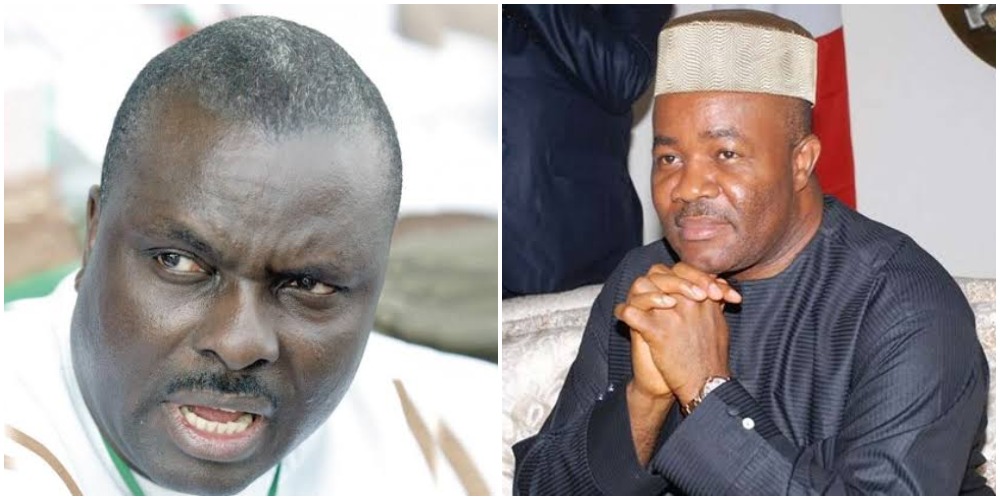 KanyiDaily recalls that Akpabio had named Ibori as one of those who benefitted from the contract racketeering in NDDC.

However, in a swift statement on Monday, Ibori’s Media Assistant, Mr. Tony Eluemunor, said the former governor was never a part of any contract from the NDDC and that he had never been a government contractor.

Ibori further urged Akpabio to “calm down” and focus on carrying out his duties.

“On hearing the news of the alleged Niger Delta Development Commission (NDDC) contract awarded to him this morning, from the former Governor of Akwa-Ibom state, Senator Godswill Akpabio, as published in a newspaper and other online publications, he did not want to join in the ‘dancing in the market square’ going on in the NDDC right now.”

“He has decided to make this clarification for the records because friends and associates inundated him with phone calls this morning. So, he is stating categorically that he never solicited for, or was awarded, or indeed executed, any contract with NDDC or any government agency, at any time, for that matter.

“And in all he has been through in and out of public office, he has never been accused of being a government contractor, let alone a failed one hence he did not want to dignify the allegation with a response because it is ridiculous. So, Ibori is advising Akpabio, his brother, friend and member of the former Governors Forum, to please calm down and focus on the task at hand.

“Ibori said that the NDDC we have today is a product of his personal sacrifice as well as those of his Niger Delta colleagues (1999 -2007) who rose to the occasion to override the veto of President Olusegun Obasanjo, who refused to assent to the NDDC Bill at the time.

“If not for the exemplary courage some of us exhibited, there would have not been an NDDC to bicker about today.

“Watching the level the NDDC has degenerated to, is a tragedy. We owe it a duty to the people of the Niger Delta to make NDDC work to ameliorate the sufferings of the people of the region and to realise the dream for which we fought for it to be set up.

“So, let everybody involved in the NDDC do their duties to the good people of the region,” the statement reads.

Before now, Akpabio had issued a letter containing the names of four senators who received 74 contracts from the NCDC between 2017 to date.