President Muhammadu Buhari will depart Abuja on Monday to participate in the 57th Ordinary Session of the ECOWAS Authority of Heads of State and Government which will be held in Niamey, Niger Republic. 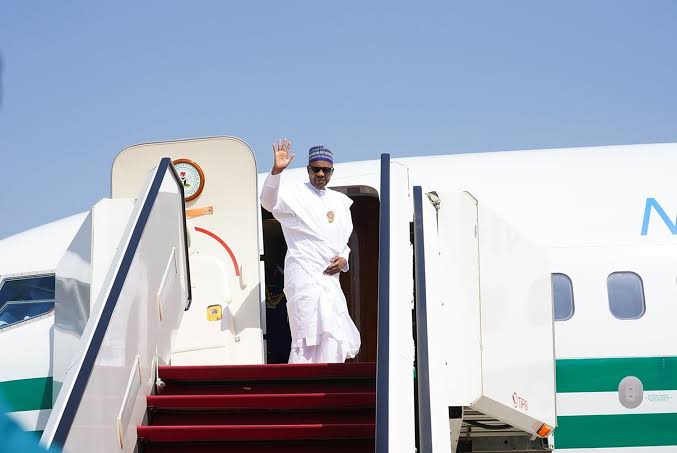 In a statement on Sunday night, the President’s spokesman, Malam Garba Shehu said th one-day summit will deliberate on the Special Report on COVID-19 to be presented by President Buhari.

KanyiDaily recalls that President Buhari was appointed the ECOWAS Champion on the Fight against COVID-19 during the Extraordinary Virtual Summit of ECOWAS on April 23.

As a Champion, Buhari was expected to coordinate the sub-regional response against the coronavirus pandemic which has infected over 1.2 million persons and claimed 30,000 lives in the continent.

In furtherance of that objective, under the supervision of the Champion, Nigerian Ministers of Health, Aviation and Finance were appointed Chairpersons of the Ministerial Coordination Committees on Health; Transport, Logistics and Trade, and Finance respectively.

The presidential aide revealed that the summit would also receive a Special Report on the ECOWAS Single Currency Programme to be presented by President Julius Maada Bio of Sierra Leone.

”The President of the ECOWAS Commission, Jean Claude Kassi Brou will present to the West African leaders, the 2020 Interim Report on activities of the sub-regional body including ECOWAS Vision 2050.

”The alarming rise in incidents of terrorism, insurgency, armed banditry and piracy will also come under focus, while the disruption of the democratic process by the military in Mali, will receive further attention.

”Similarly, in Burkina Faso, Cote d’Ivoire, Ghana, Guinea and Niger where parliamentary and presidential elections are scheduled for this year, the imperative to strengthen democracy in the sub-region by respecting constitutional provisions, rule of law and outcomes of free and fair polls, will be emphasised,” Shehu added.

Shehu stated that the president, who would be accompanied to the summit by ministers and other top government officials, would return to Abuja after the meeting.

KanyiDaily recalls that the leader of the Indigenous People of Biafra (IPOB) Mazi Nnamdi Kanu, had made a fresh claim about the true nationality of President Buhari.

Subsidy Removal: Buhari Did What Other Previous Presidents Were Afraid To Do – Presidency