A weeks ago, Africa’s youngest billionaire Mohammed Dewji was kidnapped at gunpoint on Thursday morning by unknown masked men on the street outside a luxury hotel in Tanzania’s economic capital Dar es Salaam. Read the report here.

The report reaching us today being Saturday from the family company that he runs is that has returned back home safely.

“I have returned home safely’”

METL Group quoted him as saying on its Twitter feed, without providing more details about how he was freed or got away from his captors. They also quoted him thanking those who had worked for his release, including the police.

Mohammed Dewji is a 43-year-old CEO of the METL Group family conglomerate. Forbes estimates his net worth as $1.5 billion, making him Africa’s 17th richest man and its youngest billionaire.

He was kidnapped as he arrived for a morning workout in Tanzania’s commercial capital Dar es Salaam last week.

When he was kidnapped, Dewji’s family offered a reward of 1 billion Tanzania shillings ($440,000) for information leading to his release.

The kidnap of Dewji, who has also served as a member of parliament in the past, had caused consternation in the East African nation as he is one of its most prominent business executives.

January Makamba, the country’s minister of environment and Dewji’s former colleague in parliament, also tweeted on Saturday morning that he had spoken with him and that he was safe.

Makamba said that Dewji had bruises on his hands and feet from being tied up by his kidnappers. He said the kidnappers had freed Dewji by dumping him in a field in the early hours of Saturday morning. 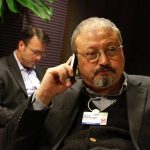 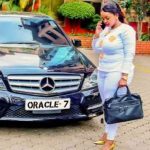