President Muhammadu Buhari on Tuesday revealed that his United States counterpart, Donald Trump, had accused him of killing Christians in Nigeria. 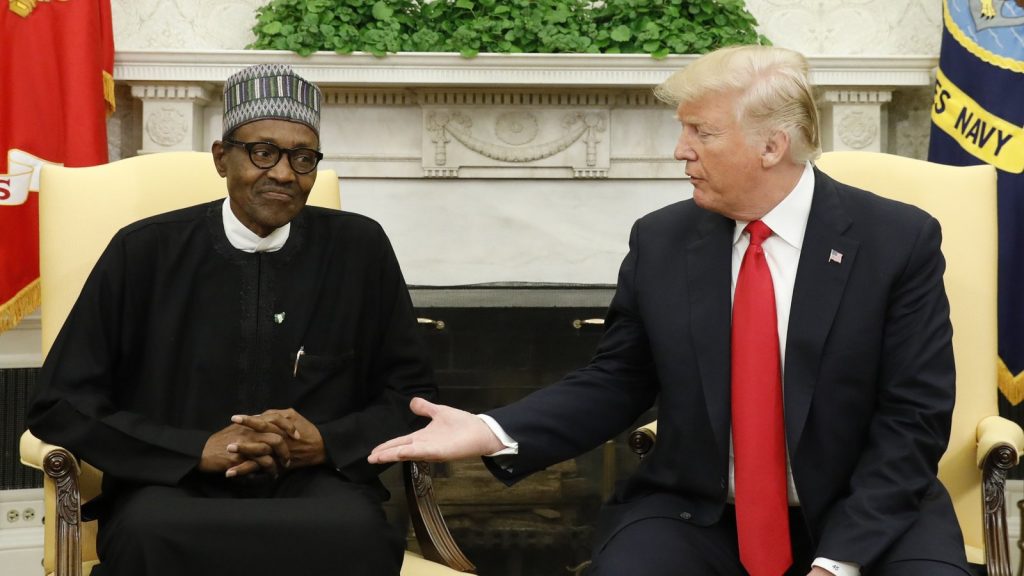 KanyiDaily recalls that on April 30, 2018, Buhari met with Trump in Washington to discuss issues ranging from the fight against insurgency, the economy, among others.

For the first time since 2018 that he met Trump in Washington, Buhari has revealed the details of their discussion during his meetings with the US President.

At a Ministerial Performance Review Retreat held in Abuja on Tuesday, September 8, 2020, Buhari said Trump called him into his office at the White House and said “why are you killing Christians in your country?”

Buhari said though he was pained by the allegation, he took his time to explain to Trump that the killings of Christians in Nigeria “has got nothing to do with ethnicity or religion.”

The Nigerian President said he told Trump that the problem stemmed from constant clashes between cattle-herders and farmers, describing it as a “cultural” problem.

President Buhari further blamed the farmer-herder clashes on “climate change and population growth” as well as the “leadership failure” of previous governments.

“I believe I was about the only African among the less developed countries the President of United States invited, and when I was in his office, only myself and himself. Only God is my witness. He looked at me in the face. He said ‘why are you killing Christians?’

“I wonder if you were the person how you will react. I hope what I was feeling inside did not betray my emotion. So, I told him that the problem between the cattle rearers and stagnant farmers I know is older than me, not to talk of him (Trump). I think I am a couple of years older than him.

“With climate change and population growth and the culture of the cattle rearers, if you have 50 cows and they eat grass, any route to your water point, they will follow it, it doesn’t matter whose farm it was.

“The first republic set of leadership was the most responsible leadership we ever had. I asked the minister of agriculture to get a gazette of the early 60s which delineated the cattle routes where they used meagre resources then to put earth dams, wind mills even sanitary department.

“So, any cattle rearer that allowed his cattle to go to somebody’s farm is arrested, taken before the court, the farmer is called to submit his bill and if he can’t pay, the cattle are sold, but subsequent leaders, VVIPs (very very important persons) they encroached on the cattle routes, they took over the cattle rearing areas.

“So, I tried and explained to him this has got nothing to do with ethnicity or religion. It is a cultural thing which the respective leadership was failing the nation,” he said.

KanyiDaily recalls that President Trump had called on nations of the world to end Christian persecution, saying that about 80 percent of the world’s population is living in places where religious liberty is threatened, restricted, or even banned.

READ:  Woman Attacks Neighbors Who Came To Stop Her From Brutalizing Her Housemaid In Lagos [Video]

Coronavirus: Social Gatherings Of More Than Six People Banned In England From Monday