The President of the National body of the National Association of Nigerian Students (NANS), Danielson Akpan has been impeached for allegedly diverting Covid-19 palliatives. 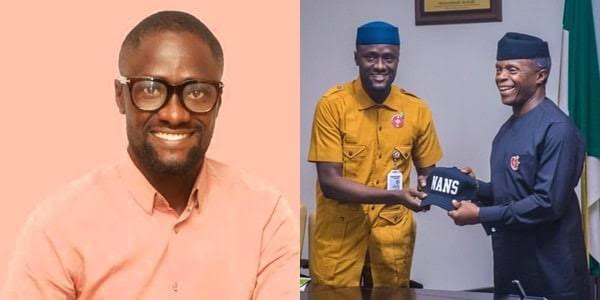 Mr Akpan, who assumed office as NANS president in July 2018, was impeached during a senate meeting held via video conferencing on Tuesday, October 13, 2020.

According to Premium Times, the Gambo Mohammed-led senate had earlier set up a committee to investigate allegations of misappropriation and diversion of student’s COVID-19 palliatives, levied against Mr Akpan.

Mr Akpan was found guilty of financial impropriety, diverting student’s COVID-19 palliatives, and concealing information relevant to help the growth of the organisation and the development of the country.

Although the amount of money was not disclosed, the impeached president was also said to have received huge sums of money from the Nigerian National Petroleum Corporation (NNPC) and top government bodies as students’ Covid-19 palliatives and diverted the funds.

“Mr Akpan “abused his office by doing arbitrary and unlawful acts which are prejudicial to the rights of other members of the NANS all in violation of the Code of Conduct of an official of NANS as enshrined in Schedule 3 of the Constitution and Charter of Demand of NANS.”

“The former NANS President was also indicted for having not been remorseful, despite being exposed that he had received the money as alleged but rather resorted to threatening the lives of members of the committee in an attempt to deter and intimidate them from carrying out their constitutionally mandated function and also threatened the life of the senate president Mr. Gambo Abu Mohammed.”

“This committee recommended to senate that in exercise of the senate powers and functions encapsulated and vividly provided in Article 13 (a) of the constitution and charter of demand of NANS to remove the president, Mr. Danielson Bamidele Akpan from office and expel him from the Organization with immediate effect,” according to a statement.

His actions, according to the committee, had done irreparable damage to NANS and brought it to disrepute, thereby making NANS a laughing stock among reasonable persons in the society.

“It also said the action was to serve as a deterrent to other officials of NANS present and in the future to know that they cannot take the organization and its membership for a ride.”

Mr Gambo said Mr Akpan’s impeachment was done in exercise of the powers of the senate as contained in Article 13 of the constitution and charter of demands, the overwhelming votes of the senators and the earlier vote of no confidence passed by the national executive committee.

READ:  Nigerian Couple Ties Up Daughter To A Ceiling, Sets Her Private Part On Fire For Stealing N3,000

Meanwhile, a former vice-president, Chidi llogede, was immediately sworn in as the president of NANS while all the association’s property and funds in possession of Mr Akpan are to be fully recovered.

KanyiDaily recalls that a few days ago, NANS called on the Inspector General of Police, Mohammed Adamu, to arrest those protesting against the extrajudicial activities of the Special Anti-Robbery Squad (SARS).

NANS leadership claimed that the EndSARS protests had already been hijacked by hoodlums allegedly sponsored by internet fraudsters (Yahoo Boys). 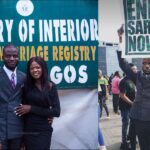 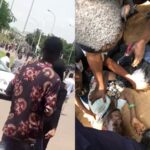