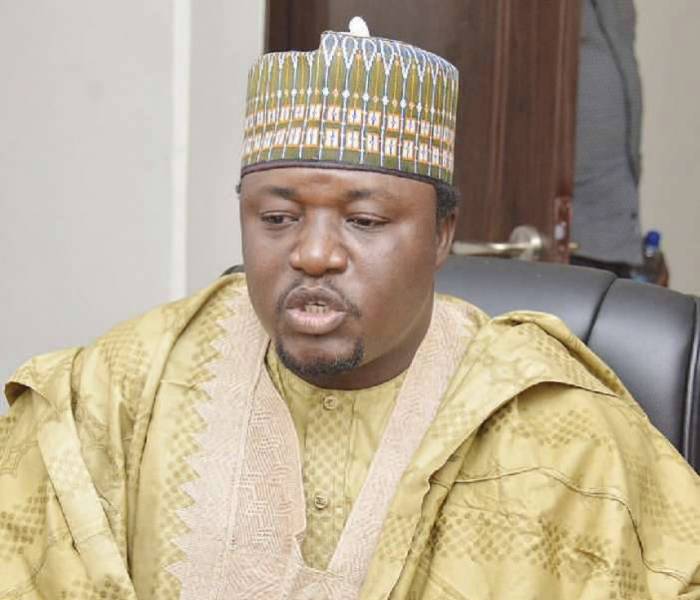 National president of the Arewa Youth Consultative Forum (AYCF), Yerima Shettima said that the north needs another chance in 2023 to serve as compensation for the many challenges troubling the region.

Shettima who stated this during a telephone interview with Eromosele Ebhomele, also believes that Bola Tinubu, leader of the All Progressives Congress (APC), will not be supported if he decides to run for the presidential election.

According to him, the north must definitely produce the next president, adding that any political party that wants to win the election in 2023 must decide to pick its flag bearer from the north.

Below is the transcript for the interview:

You were one of the first to ask Nigerians to consider a northerner for the 2023 presidency. It looks like the picture is becoming clearer. What are the inner political workings of the north ahead of the election?

In all honesty, we are talking about Nigeria and democracy. We’ve found out strongly that with what has happened in the last four years if we are still one country or brothers and sisters, we expect solidarity across board without any political hindrance from any quarters. We expect Nigerians to look at the situation around us. The issue of insecurity is highest in the northern part of the country. So many things are still wrong. We were thinking that with someone from the northern extraction steering the affairs of the country, something good should have come to the north. However, the present administration came on board without a clear policy or direction for the country. They used the entire four years to complain and trade accusations. We have a new government currently and complaints have not ceased and it is obvious that from the way things are going, it is clear that the answers to our problems are not here.

Now, the 2019 general election has fully shown that the north has the most number of votes. Yet, we are the ones faced with a lot of challenges. Ordinarily, without any challenge, we would have now decided to cede power to the south. But from what has happened and from all indications, we expect that people of goodwill would be on our side for us to sail through.

The southeast and southwest leaders say it is their turn…

They can say: “This 2019 election has already come and gone. Let us give the north another benefit of the doubt.” We know that the government is only projecting the interests of the southwest and the southwest are the major beneficiaries of the government, yet they are the ones agitating to come up with certain elements from the region to take over from the southwest. For us, we feel and think they do not need it because they already have all that they want from this government.

Let them allow us to free ourselves from the shackles of insecurity, poverty and other challenges that we are facing. Again, if they feel this is about democracy and democracy is about numbers, then let us go to the field. It is about votes. So let them organise and we mobilise and see how it goes. We are going to have sympathy from the southeast that we are going to partner with God’s grace. The southwest, of course, is our partner in progress but few myopic politicians from the region are doing everything to sabotage the intention of the north so as to continue to get what they want and it cannot continue.

We are saying that the north will definitely produce the next president. In fact, any political party that wants to win the election in 2023 must decide to pick its flag bearer from the north. Any attempt to pick a candidate from any other region would amount to huge defeat for any of the political parties. We have mobilised and organised and positioned to ensure that in 2023, the north will produce a candidate. We are going to bring someone who sees Nigeria as his constituency, who would truly fight corruption not minding whose ox is gored, who would handle the economy and revamp it, who would make every Nigerian proud and operate a government of national unity in the interest of the country.

We urge Nigerians to understand. We are not saying government is meant for us alone, we are simply saying that at this period, we expect sympathy from Nigerians for a government of national unity to move ahead so that after then, we may begin to talk about supporting the southeast as partners in progress.

That is just the true picture. Believe me, if the north is allowed to go today without the sympathy and understanding of Nigerians, there will be no north. This is because insecurity is high, the rate of poverty is beyond estimation. The crime rate is high in the north and, compared to other parts of the country, the unemployment rate in this region is higher, to the extent that, today, our northern brothers are running to the south-south and the southwest.

Remember how some of them were recently humiliated in Lagos by the state government. Should things like this continue in a country with a northerner as president? We are only appealing to men of goodwill to consider retaining the presidency in the north. I appeal and urge all the major political parties not to pick anybody from any other region apart from the north as their flag bearers or we will not support. We are prepared for the presidency.

Tinubu has been one of the champions of this administration having assisted in seeing to the emergence of Muhammadu Buhari in 2015 and 2019. There are speculations that he may be interested in 2023. Don’t you think the best way to compensate him, if he agrees to come out, is for the north to support him?

Simply put, Tinubu’s ambition, if true, is a quagmire. I am afraid the north may not accept him. To an extent, the north will not accept him as a Muslim. We have seen recent drama in which politicians turn religion into a tool for themselves. We have seen where a speaker of this country, who is a Christian, went to Saudi Arabia to give an impression that he is a Muslim.

You claim the south-south and the southwest are the major beneficiaries of the Buhari government, but leaders from these regions have always complained about marginalisation. There are arguments that the north has benefitted most…

Tell me where the north has benefitted and where the southwest is lacking. Our man was simply made to be at the helm of affairs, but the benefits of the government go to the southwest. See the government’s economic team and how it favours the south and the west of the country. A lot of things visible in the south west cannot be seen in the north. The delay in road infrastructure is now very visible in the north. We now have potholes everywhere and the rate of accidents have increased. Zaria to Kaduna that was usually 30 minutes is now about two hours, thirty minutes. From Kano, you now spend five hours to Kaduna.

But in the past, it was known that the north had far better roads than any other part of the country. What happened?

The roads are now death traps. Every day, we record casualties from the bad roads. We are really faced with challenges. People are kidnapped on these roads and this has extended to coming to their houses to abduct them.

The question now would be whether you have the capable hands aside Buhari that was produced in 2015.

We have people who are more than capable. Talk about integrity and intelligence. It is laughable for people to think that Buhari is the best the north can produce. We have more capable hands than him. We have young and vibrant people who can do better for the country. We will consult widely before producing someone and be sure that anyone we support in the north would be the best for the country.

Do you support negotiation with armed bandits as being carried out by some governors in the north?

I am very uncomfortable with the negotiations and the way the state governors are coming out to tell the world they are negotiating. I don’t know the legacy they are creating. For how long would we continue to pamper the bandits? In the midst of unemployment, you are indirectly telling young people to take up arms so that the government can negotiate with them. It happened in the Niger Delta and some of us raised alarm and said it was not right to negotiate with public funds. All that Nigeria needs to do is sit together and examine ourselves critically and understand where we are going from where we are. Even if you are negotiating, you don’t need to do it so openly because history will always remember you positively or negatively. And in this case, history will remember negatively. 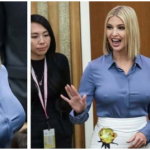 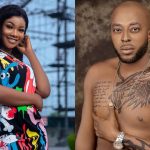