Former Big Brother Naija housemate, Ike Onyema is rumoured to be in a relationship with Kim Oprah after the pair were caught together.

Ike and Kim whom is alleged as his new girlfriend, were spotted entering a popular nightclub in an undisclosed location.

This is coming just a few days after rumors of Ike’s breakup with Mercy Eke.

Ike Onyema shared the video of their outing on his Instagram story, which has sparked controversies online.

Although Ike Onyema and Kim Oprah are both managed by Play Network Africa which may seem they are not dating.

KanyiDaily recalls that Ike had promised Mercy he can’t go anywhere without her, adding that he is her ‘handbag’ and her ‘wrapper’. 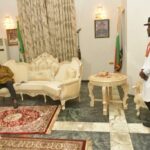 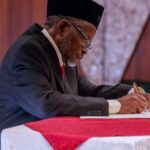