No fewer than 20 people were burnt beyond recognition in a fatal motor accident at Tirwun village, a suburb of Bauchi metropolis along Bauchi-Maiduguri express. 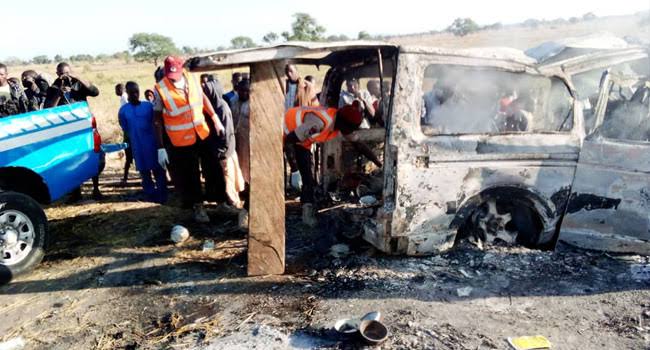 It was gathered the accident occurred on Sunday evening when an Hummer bus on its way to Maiduguri from Jos collided with a Gulf taxi coming from Misau to Bauchi.

The Police Public Relations Officer in the state, Ahmed Wakil, who confirmed the incident, said only two females survived the accident, out of the 22 passengers in the two vehicles.

“Yes, the accident is true and it happened in the Tirwun area of the state. The accident involved 22 passengers, who were in two different vehicles, a Hummer 18-passenger bus belonging to the Borno Express Mass Transit and a Golf car. The bus had 18 passengers on board, while the car had four.

READ:  Ogun Man Remanded In Prison For Stabbing His Grandmother To Death Over Food

“Immediately we were called, our men from the Motor Traffic Department rushed to the scene for rescue operation and conveyed all the victims to the Abubakar Tafawa Balewa University Teaching Hospital, Bauchi.

“Among the 22 passengers, 20 of them were burnt beyond recognition, while two females survived the accident.

“The corpses were deposited in the mortuary, while the two injured victims are at the same hospital receiving treatment,” he said in a telephone interview with PUNCH.

KanyiDaily had also reported how some angry youths burnt a truck owned by Dangote Group after the driver killed a cart pusher in Onitsha, Anambra State. 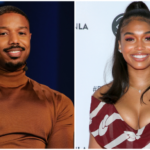