Tesla Inc. owned by billionaire Elon Musk, has announced that customers can now buy its electric vehicles with bitcoin.

“You can now buy a Tesla with bitcoin,” Elon Musk tweeted on Wednesday, adding that bitcoin paid to Tesla will not be converted into conventional currency.

He added that the option would be available outside the United States later this year, marking a significant step forward for the cryptocurrency’s use in commerce.

READ:  Nigeria Can Provide Treatment For People Living With HIV Without Depending On Foreign Agencies - Aisha Buhari

Bitcoin paid to Tesla will be retained as Bitcoin, not converted to fiat currency.

Pay by Bitcoin capability available outside US later this year

The company also published a bitcoin FAQ on its website notifying customers that bitcoin is the only cryptocurrency it will accept.

It also warned customers that if they attempt to send another type of cryptocurrency to Tesla’s bitcoin address, “we will not receive the transaction and it will likely result in a loss of funds for you.”

The company’s bitcoin terms and conditions also state that if someone pays the deposit for a Tesla vehicle in bitcoin and then asks for a refund, they could receive “significantly less” bitcoin back than they originally paid due to the volatility of the cryptocurrency.

KanyiDaily recalls that in February, Tesla announced that it bought $1.5 billion worth of bitcoin and would soon accept it as a form of payment for cars.

READ:  How Does an LMS Improve the Effectiveness of Customer Training? 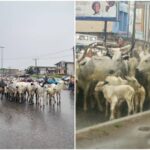 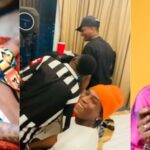