Nigerian music superstar, Davido made an appearance on one of America’s most popular Live TV shows, Jimmy Kimmel Live, on Tuesday night.

During the show, Davido performed a medley of a couple of his songs that were featured soundtracks on the soon to be released Eddie Murphy’s movie “Coming 2 America”.

The Nigerian superstar performed his famous hit single “Assurance” off his 2019 ‘A Good Time’ album, which was dedicated to his fiancee, Chioma Rowland.

He also delivered a thrilling live band performance of “Jowo”, one of the lead singles in his latest 2021 album titled ‘A Better Time’.

ASLO READ: ‘Die-Hard’ Fan Entertains Davido With A Hilarious Performance Of His Hit Song “IF” [Video]

Watch his performance video below:

This performance comes a few days after Davido made headlines that he has allegedly dumped Chioma, following a video that shows him on vacation with American Instagram model, Mya Yafai. 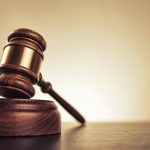 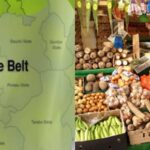