It was learnt that the attackers stormed the police facility at about 7p.m. on Monday evening, as residents ran helter-skelter for safety while those caught up in their homes remained indoors.

The gunmen were said to have opened fire on the policemen who challenged them before freeing all the suspects in the cells and carting away the armory.

According to Punch, a source said that no fewer than five policemen were shot dead by the attackers as they torch the security facility.

READ:  Father Arrested For Sleeping With His 10-Year-Old Daughter For Money Rituals In Ondo

“Our area command headquarters in Okigwe south is on fire. Six policemen shot dead. They also freed the suspects before igniting a fire on the facility,” the source said.

When contacted, the police spokesperson in the state, Orlando Ikeokwu, said that five policemen were killed while one was missing during the attack.

He disclosed that the command had launched an investigation into the onslaught.

This is coming just a few days after unknown gunmen killed three police officers during an attack at the Divisional Police Headquarters in Enugu State. 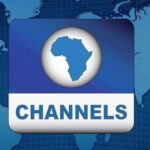 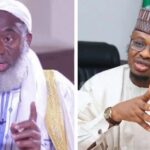