Bandits who abducted the students of Greenfield University in Kaduna State have threatened to kill the victims if their demands are not met by Tuesday. 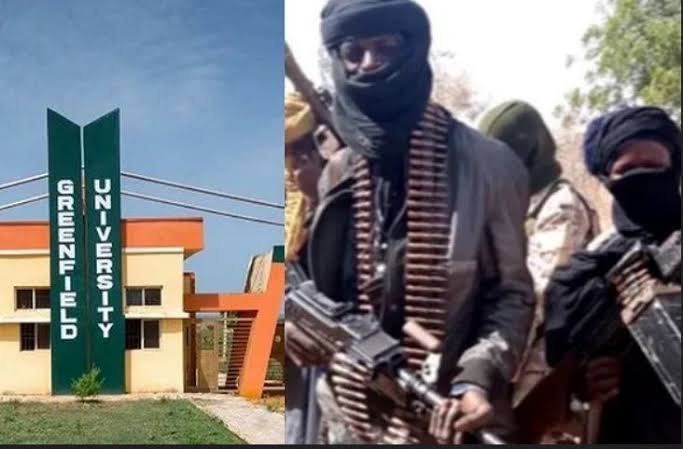 KanyiDaily had reported how an undisclosed number of students were abducted by the bandits who invaded the University on April 18, 2021.

The kidnappers subsequently killed three of the students, and later another two, while demanding N800 million ransom from the parents.

Speaking with the Hausa service of the Voice of America (VOA), a leader of the bandit group who identified himself as Sani Idris Jalingo, said 17 of the students are still in their custody, comprising 15 females and two male students.

Jalingo said the families of the students had already paid N55 million which he claims was used to feed the abductees.

READ:  Woman Believed To Be The Oldest And 'Most Miserable’ Human In The World Cursed Allah For Giving Her Long Life

He further demanded a ransom of N100 million and 10 motorcycles, warning that if the Kaduna state government or the victims’ families fail to meet their demands by Tuesday, the remaining students will be killed.

He said five of the students were killed to prove that the state and the federal governments have failed.

“We heard the utterances of the Kaduna State Governor that he will not pay ransom to bandits to purchase additional arms,” Jalingo said in Hausa.

“He also said he told his family that he will not pay ransom if any of them is kidnapped. So, we want to show that the Nigerian Government has failed that is why we killed the students.

“If they fail to bring N100 million and 10 brand new Honda motorcycles known as Boko Haram by Tuesday, I can assure you they will use trucks to evacuate the bodies of the remaining students.”

He warned security agencies not to waste their time planting trackers on the motorcycles, saying his members do not go to cities and therefore arresting them will be difficult.

One of the students, Abigail Usman, who spoke during the telephone conversation, appealed to the government to pay the ransom and secure their release.

“If they don’t get the money, they will kill us all,” Usman said.

This comes a few days after the remains of Dorothy Yohanna, one of the Greenfield University students killed by the bandits, was laid to rest in Kaduna.

READ:  Elections Expensive In Nigeria, We Need To Clean Up Money Flow In Politics - Gbajabiamila

Buhari Has Been Printing Money, We Swore An Oath Never To Tell Nigerians – Amaechi [Video]