Popular Islamic cleric, Sheikh Ahmad Gumi has revealed that Boko Haram members are behind the abduction of the students of Greenfield University in Kaduna State. 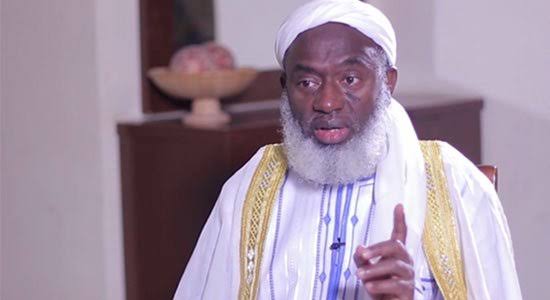 KanyiDaily had reported how 22 students and a member of staff of the institution were abducted by gunmen who invaded the University on April 18, 2021.

The kidnappers subsequently killed three of the students, and later another two, while demanding N800 million ransom from the parents.

Media reports had previously linked the kidnapping to bandits operating in Kaduna state.

However, during an interview with AIT on Tuesday, Sheikh Gumi insisted that his findings show that the members of the Boko Haram orchestrated kidnapping.

When asked by the reporter if he is certain that that Boko Haram were behind the abduction, Sheik Gumi said:

“Yes, really because when we tried to trace them and put some sense into them, the contact who is also a Normadic Fulani, they threatened him. They said if he insists on them they were going to catch him and he will have to pay ransom before he gets out.

“And the leader is from Jalingo. He is from Adamawa. He is not the local fulani we have here. So this means that North-Eastern element is coming into this area and we have to move fast. We don’t have that luxury of time.

“I have been trying to speak with government but nobody is really trying to listen to me or speak with me on this issue.

“We are trying to pacify and remove this banditry and they are responding.”

Reacting to the decision of the Kaduna state government not to negotiate with bandits, Sheik Gumi said:

”Five souls were killed. Why? What amount of money is too big for us to save the lives of those five students, what amount of money? secondly, we can give them the money to get the boys out of danger then go after our money. Nobody is saying you shouldn’t find them..you can get the two back.

“To say you will not negotiate with them and also not take action against them, I cannot understand that.”

KanyiDaily recalls that yesterday the kidnappers threatened that if the Kaduna State Government or their families failed to pay a ransom of N100 million as well as provide them with 10 brand Honda motorcycles by Tuesday, the remaining students would be killed.

Kidnapping And Banditry Not Federal Offences In Nigeria – Lai Mohammed