Benue State Governor, Samuel Ortom has asked the people of the state to pick up weapons not prohibited by law for self-defense against Fulani herdsmen. 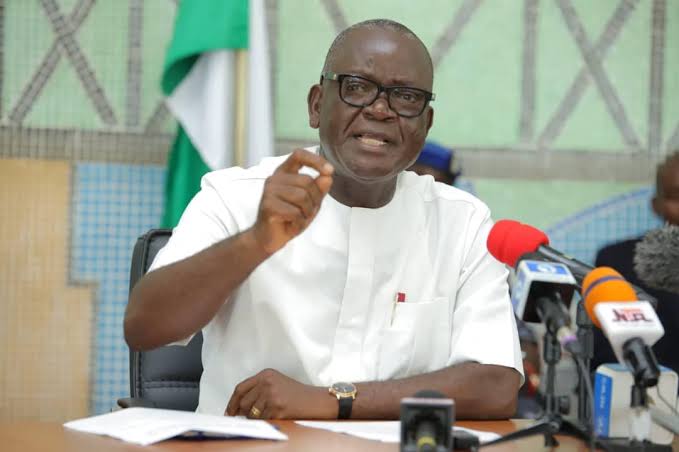 Governor Ortom stated this at an inter-denominational church service held at the government house in Makurdi, Benue capital, on Sunday.

According to him, Benue people should defend themselves against killer herdsmen with weapons not prohibited by law such as dane guns, bows and arrows, spears and knives.

The governor added that the licence to own a dane gun could be obtained at local government secretariats in the state.

“I will no longer announce the deaths of those killed by Fulani herdsmen, rise up and defend yourselves with weapons not prohibited by law, bows and arrows, spears and knives,” he said.

“Get a licence for dane guns from local government chairmen and use them to defend yourselves.

“God assured me some time back that as long as I lived within the circle of his presence, no weapon fashioned against me shall prosper.”

On his part, Akpen Leva, chairman of the Christian Association of Nigeria (CAN), said the resolve by the governors of the southern part of the country to ban open grazing and the movement of cattle by foot is commendable.

KanyiDaily recalls that Governor Ortom had alleged that President Buhari is working for the Fulani ethnic group to take over Nigeria.