Kaduna State Governor, Nasir El-Rufai has accused the Nigeria Governors’ Forum (NGF) of not giving him the support he deserved during his face-off with leaders of the Nigerian Labour Congress (NLC).

KanyiDaily recalls that on Monday, the labour unions began a five-day warning strike over the sack of civil servants by the Kaduna state government.

But Governor El-Rufai on Tuesday declared the NLC president, Ayuba Wabba, and other protesters wanted over alleged economic sabotage and attacks on public infrastructure.

He also ordered the dismissal of all nurses below grade level 14 and lecturers of Kaduna State University who participated in the strike.

The All Progressives Governors Forum advised El-Rufai and labour leaders to return to the negotiation table and stop flexing muscles.

READ:  PDP Tackles Tinubu, 'Millions Leaving APC Because Of You, You're A Paper Candidate'

But at a virtual meeting of the Nigeria Governors’ Forum (NGF) on Wednesday, El-Rufai criticised the NGF, saying the press release was not helpful.

“I am a governor, I am one of you, the least I expect from the Nigeria Governors’ Forum is unequivocal and unqualified support I didn’t see that in that statement. I am being very blunt; I could pretend and be political and just smile and say it was alright but it is not. But I am used to fighting my own battles.

“We are not running a unitary system, we are a federation. We are elected to govern different states, we owe our people accountability not the NLC, we should take a common stand,” he said.

El-Rufai also claimed that the strike in Kaduna was politically motivated, noting that Governors owe their people accountability and not the NLC.

“We will fight this. we are breaking them and they will leave town ashamed. I will not give them one inch because this is not about unionism,” he said.

“But we will fight them, we will defeat them but as the governor of Bayelsa said, and since he has brought that subject, I have a responsibility to put it through, unless we collectively address this monster, it will consume all of us.

Meanwhile, the NLC suspended its protest in Kaduna on Wednesday after armed thugs attacked its members with knives, sticks and stones.

READ:  "You Will End Up In Jail For Your Atrocities" - Ned Nwoko Slams Governor Wike 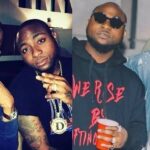 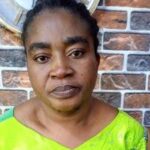