Members of the Eastern Security Network (ESN), a paramilitary organization of the Indigenous People of Biafra (IPOB) have been accused of burning a mansion and fleet of cars belonging to Chief O.K Ugba in Amangwu Ohafia community of Abia State. 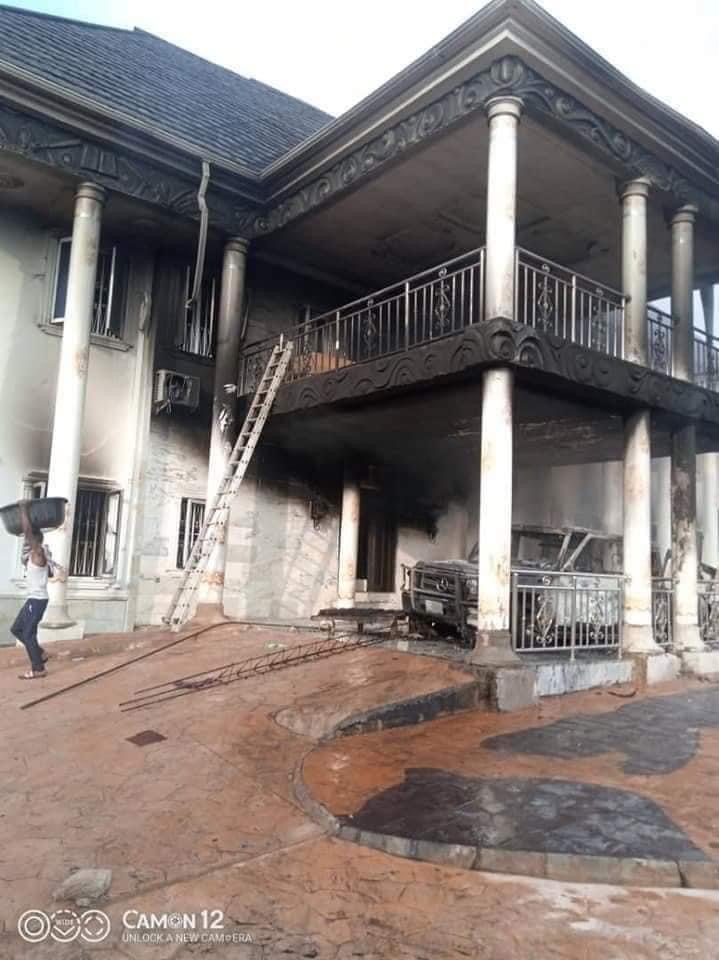 A Facebook user, Ugo Egbujo, who shared photos of the incident, said the man installed solar in his village and ESM members accused him of installing cameras to monitor their activities.

“Chief O.K Ugba. Ishi bu MBA. The head that carries the burden of the town,” he wrote.

“That’s his house. Razed by unknown arsonists. His brother said the man installed solar lights in the village. The ESN misjudged him..they said he installed cameras to monitor their activities.

“That’s their story. The man’s mansion has been burnt down,. His fleet of cars. G wagon. BMW X6. Range Rover Sports etc., all burnt. His entire house looted and razed. His sin was that he installed solar lights in Amangwu Ohafia.

“This is that last thing a republican and capitalist society that encourages being brothers keepers needs A culture of arson and assassinations will make Igbo land desolate. Once violence sets in it spreads like a wild weed.

“My sympathy is not for the rich like Isi bu Mba It is for the poorest of the poor . They will suffer the most . The rich dont live in IDP camps. Igbo land is already in a big mess.” 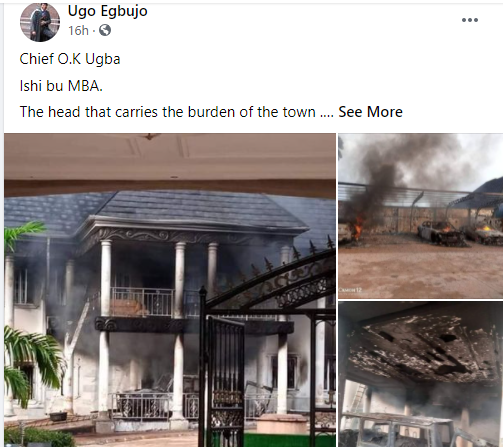 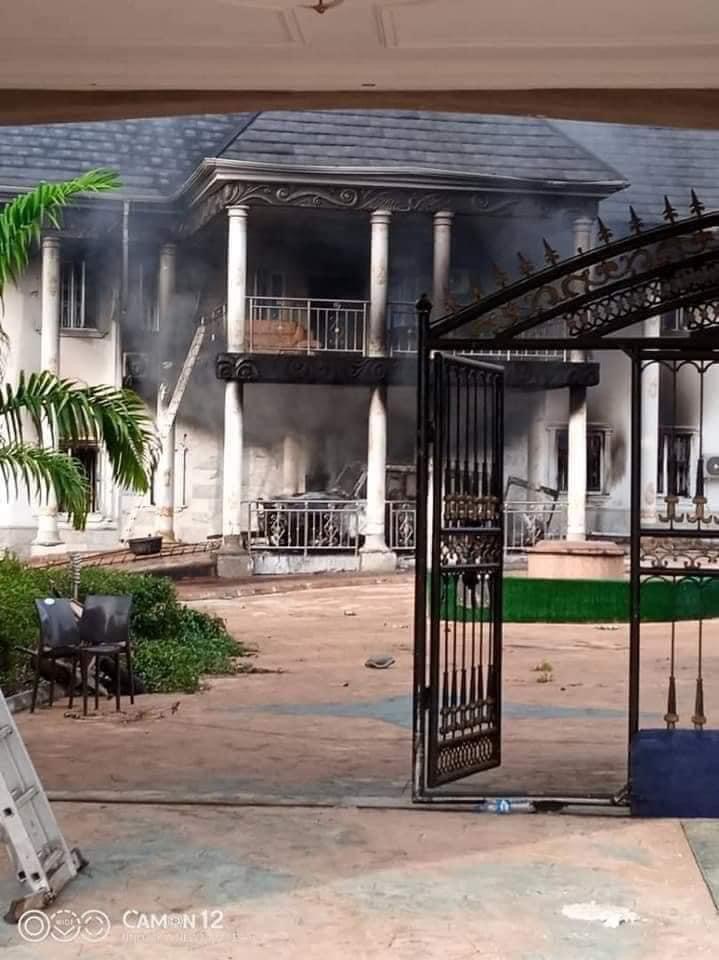 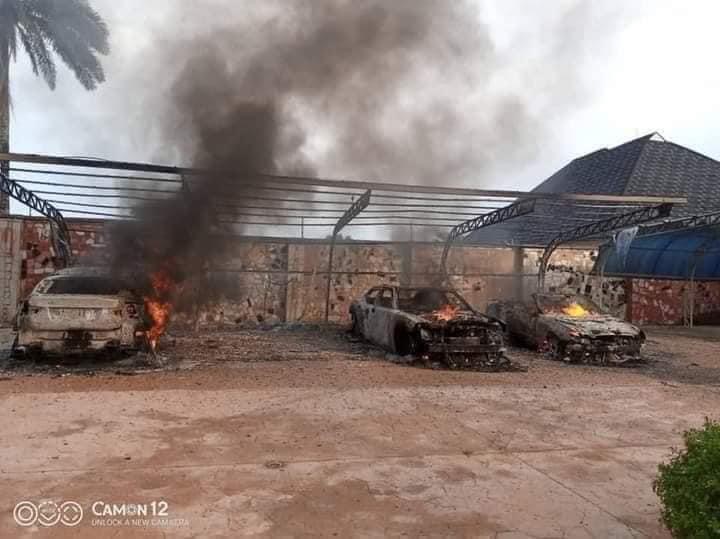 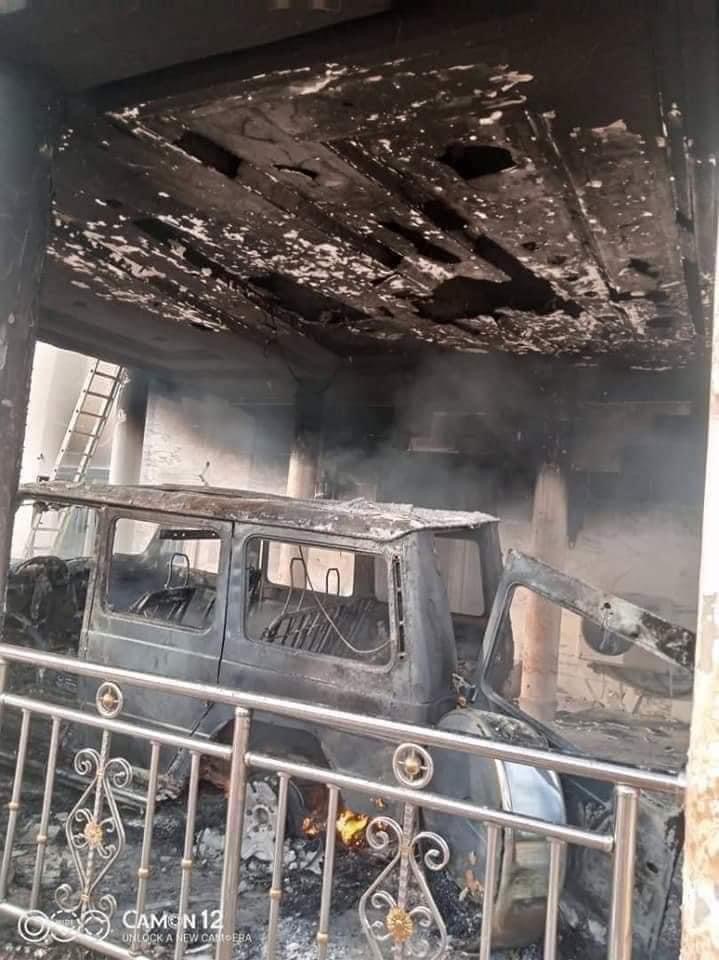 Meanwhile, IPOB leader Nnamdi Kanu had recently threatened that his group will avenge the death of any Biafran killed with the heads of their killers.