Former French President, Nicolas Sarkozy has been sentenced to one year in jail for illegal campaign financing. 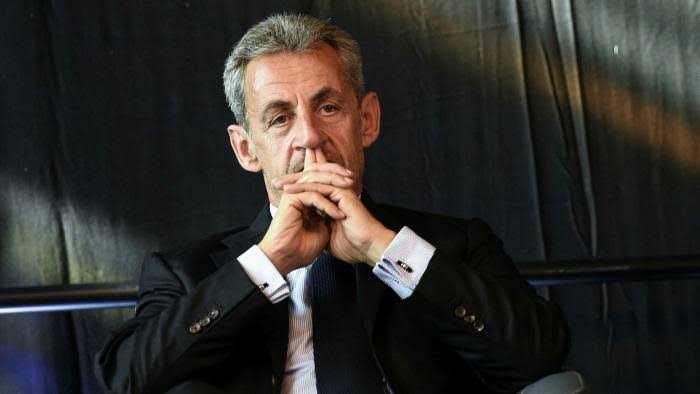 Former French president, Nicolas Sarkozy has been found guilty of illegally financing his unsuccessful 2012 presidential campaign and sentenced to one year in prison on Thursday.

The court said Sarkozy would be allowed to serve the one-year sentence at home by wearing an electronic monitoring bracelet.

Sarkozy, France’s president from 2007 to 2012, had vigorously denied wrongdoing during the trial in May and June.

He was accused of having spent almost twice the maximum legal amount of 22.5 million euros ($27.5 million) on the re-election bid that he lost to Socialist Francois Hollande.

READ:  67 Year-Old Australian Grandma Found Dead in South Africa after Meeting with 28 Year-old Nigerian she met online and he proposed

The court stated that Sarkozy “knew” the legal limit was at stake and “voluntarily” failed to supervise additional expenses.

Prosecutors argued Sarkozy is “the only person responsible for his campaign financing” and that he chose to exceed the limit by organising many rallies, including giant ones.

Sarkozy, who wasn’t present at the Paris court for the ruling, had in June told the court the extra money didn’t go into his campaign, but instead helped make other people richer.

He denied any “fraudulent intent”, insisting that he didn’t handle the logistics of his campaign for a second term as a president nor did he oversee how money was spent, because he had a team to do that.

“Can you imagine me going into a meeting to discuss the cost of flags?” he told the court in June.

“I had too much to do.” “From the moment I was told things were in order, I had no reason to give it more thought,” he added.

After he was sentenced to one year in prison on Thursday, Sarkozy’s lawyer Thierry Herzog said he would appeal the verdict.

The verdict — which as in the first trial means he will likely serve the term at home with an ankle bracelet if confirmed on appeal — is not the same as a suspended sentence and goes down in his record as a full prison term.

Thursday’s verdict comes after Sarkozy, 66, was found guilty on March 1 of corruption and influence peddling in another case. H

The former president was given a year in prison, and two years suspended, in that case but is free pending appeal.

KanyiDaily had also reported how the son of Liberia president was sentenced to jail for disturbing neighbours with loud “girls and champagne parties” at his home in France.