The Indigenous People of Biafra (IPOB) has ordered another sit-at-home on September 14 to remember those allegedly killed in 2018 by Nigerian soldiers in Afaraukwu, Abia State. 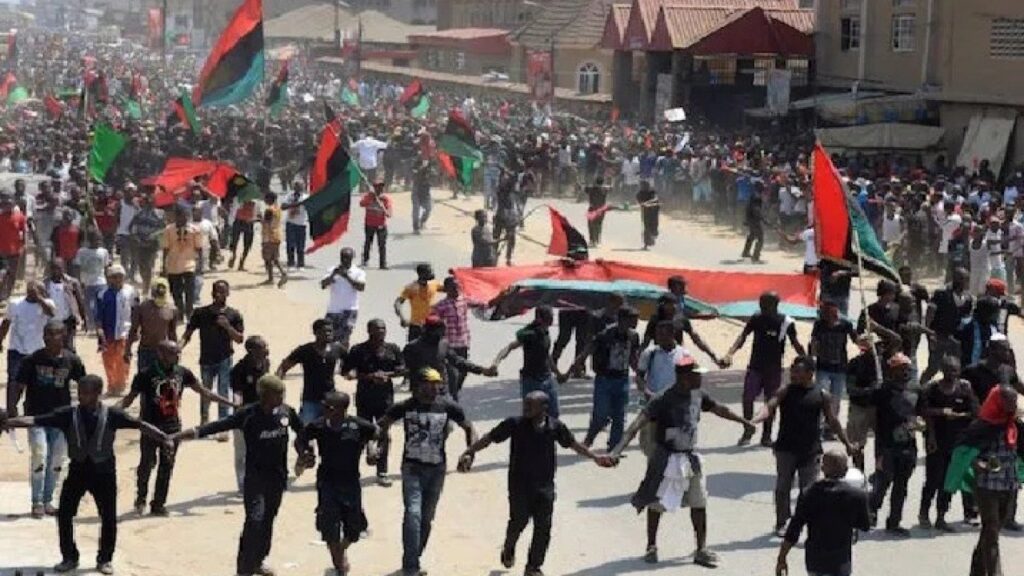 A statement by the Head of IPOB’s Director of State (DOS), Chika Edozien, said the September 14 sit-at-home has been tagged “day of civil disobedience”.

Edozien said on that date, all institutions of learning, primary, secondary and higher institutions, offices, Banks, Markets, all places of business, and places of worship shall be closed.

He added that all public transportation and vehicular movement shall not operate on that day except emergency vehicles such as Ambulance and Fire service vehicles.

The separatist group reiterated its commitment towards ensuring a total lockdown of Biafraland to acknowledge the sacrifices and keep the memory of all Biafrans who were betrayed by Saboteurs alive.

Read The Full Statement Below:

“The Indigenous People Of Biafra (IPOB) worldwide led by Onyendu Mazi Nnamdi Kanu through the Directorate of state commend once again the Biafran People for your tenacity and for the sacrifices you have all made and continue to make in our struggle for freedom.

“It is imperative for us to bear in mind that the sacrifices which we make today will guarantee that our Children and generations yet unborn shall have a better, respectable and fulfilling tomorrow in a Sovereign and Independent Biafran Nation.”

“We recall very vividly the carnage of September 12th 2018 by the Nigerian army which through its “Operation python dance Il” without any provocation and without any reason whatsoever invaded and occupied Bigfraland humiliating, maiming and massacring our people.”

“It is still fresh in our minds when on the 14th of September, these murderers and terrorists in army uniform went further to desecrate the traditional stool of the Afaraukwu kingdom in Umuahia shooting and killing everything in sight resulting in the cold blooded murder of more than 38 Biafran youths and arrest of an unspecified number of Biafran men and women.”

“Recall also that the Indigenous People Of Biafra (IPOB) worldwide has Since 2018 set aside SEPTEMBER 14th of every year as a day of CIVIL DISOBIDIENCE in the whole of Biafraland. In accordance with this well established custom, SEPTEMBER 14th 2021 is declared a SIT-AT-HOME in Biafraland. We shall on this date unambiguously tell the Nigerian establishment and their saboteur agents in our midst that Biafraland belongs to the Indigenous people of Biafra.

“On this date and day all institutions of learning, primary, secondary and higher institutions. offices, Banks, Markets, all places of business and places of worship shall be closed and all public transportation and vehicular movement shall not operate except emergency vehicles such as Ambulance and Fire service vehicles.”

“Great Biafrans we must remain vigilant as not to allow the enemy to dictate our agenda and we must be at alert as not to permit any form of distraction from our immediate short-term objective which is to explore all avenues and deploy every arsenal at our disposal to guarantee the safety of our leader Onyendu Mazi Nnamdi Kanu and secure his unconditional release from illegal incarceration by the Nigerian government.

“On SEPTEMBER observe a TOTAL LOCK DOWN of Biafraland to acknowledge the sacrifices and keep the memory of all Biafrans who were betrayed by Saboteurs alive.”

“The Directorate of State of the Indigenous People of Blafra (IPOB) reaffirm our unwavering commitment to our struggle the emancipation Of the Biafran people the oppressive, dehumanizing and degrading conditions imposed upon us by reason of our forceful inclusion in the evil construct called the Zoological Republic of Nigeria.” 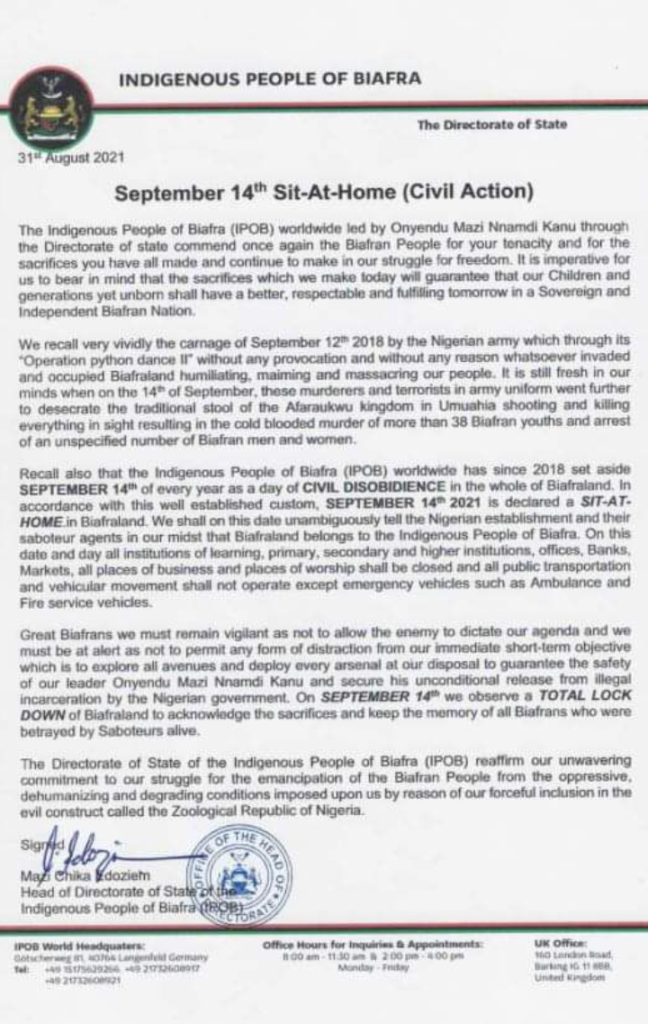 KanyiDaily recalls that IPOB had issued a sit-at-home order in the South-East every Monday as part of its ways of protesting the detention of its leader, Nnamdi Kanu, by the federal government.

Nnamdi Kanu had since suspended the sit-at-home directive, but Southeast residents have continued to observe the order every Monday due to fears of being attacked by IPOB members. 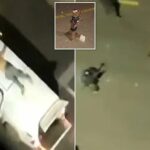 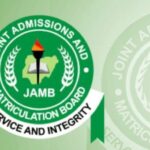