A Nigerian girl, Deborah Quickpen has won the U-10 Africa Youth Chess Championship in Ghana. 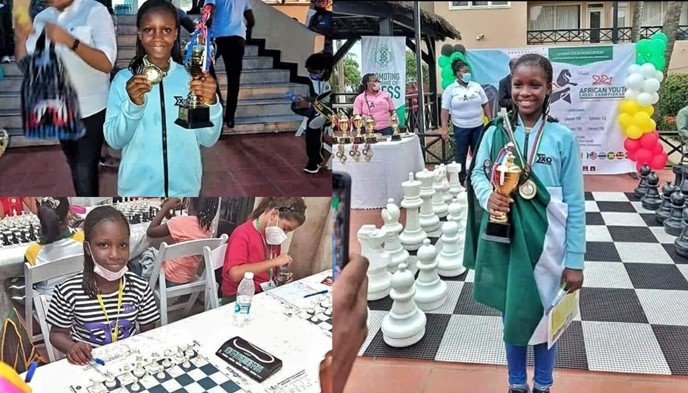 Nigeria’s youngest gold medallist, Deborah Quickpen has defeated 19 other contestants to emerge the winner of the just concluded U-10 Africa Youth Chess Championship in Accra, Ghana.

The 9-year-old Bayelsa-born chess prodigy was crowned champion on Monday after she amassed 8.0 points, to defeat Tunisia’s Hasnaoui Abrar in her 9th and final game.

The multiple medalist was among the two Nigerians selected to participate in the competition, alongside others from Ghana, Kenya, Egypt, Tunisia and South Africa.

Following her emergence as the champions of the African junior chess, Deborah has now made history as the youngest female chess player to bag a WOMAN CANDIDATE MASTER title.

In 2019, Deborah Quickpen was ranked seventh in Africa, and first in West Africa after the Chess Championship in Namibia in 2019. 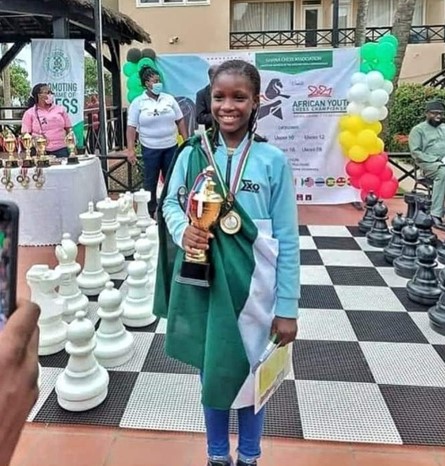 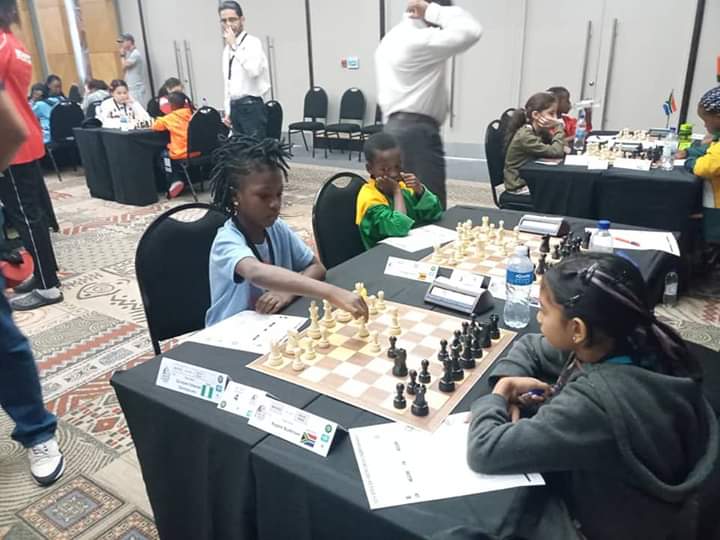 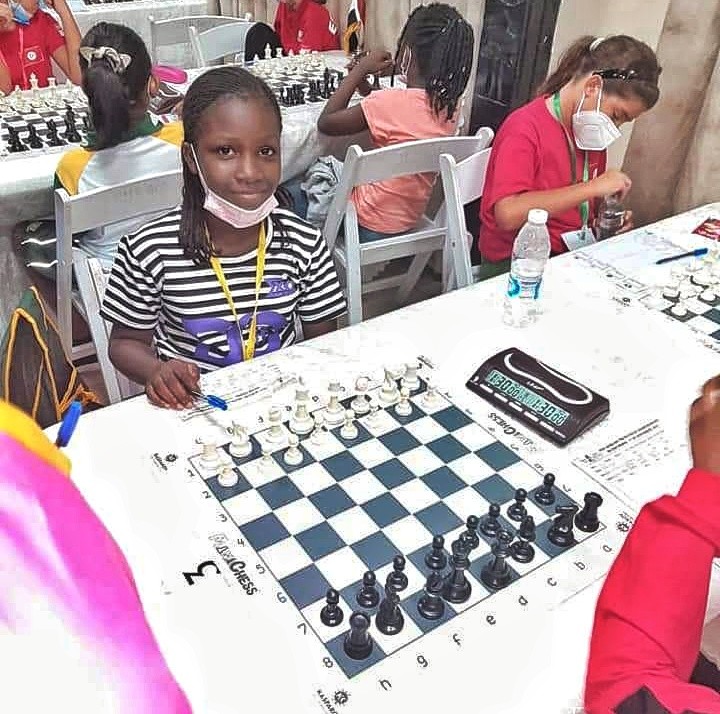 kanyiDaily had reported how a former US President Bill Clinton had congratulated and invited an 8- year-old Nigerian chess champion, Tanitoluwa Adewunmi, who won the New York State Chess championship for his age bracket. 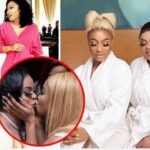 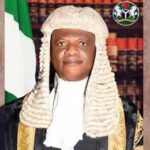