Nigerians living in Abuja, the Federal Capital Territory (FCT), have lamented the over hundred percent rise in the of sachet water, popularly known as pure water.

It was gathered that the price of pure water has been increased across Abuja metropolis and environs, with a bag now sold for N200 to N250 by factories while retailers in major towns in the FCT sell for N300 to N400 as against the initial price of Between N80 to N150.

The situation is not different on the streets as a 50 cl sachet of ‘pure water’, which was sold for N10 before now, is now sold for nothing less than N20 to N30 depending on the area.

The pure water hike in Abuja got complicated following a strike action embarked upon by the producers of the commodity who complained of high production costs, unfavourable business climate among others.

The “Pure water” producers, under the Association of Table Water Producers Association of Nigeria, went on strike last week to drive home the members’ agitation that they could not continue production and sell at the prevailing rate due to the economic climate.

According to them, inflation, increase in the price of materials for the production of sachet water and other variables would not allow them to continue with the business as usual.

Speaking with Daily Post, one of the factory operators, who pleaded not to be mentioned, said: “We can’t continue the way we were going.

“At a point, many of us wanted to shut down completely but after our general meeting last week, we decided to carry on but not as we use to.

“What is the essence of venturing in a business if instead of making gains you are losing the little one you’ve secured. Prices of raw materials we use for production are now 200 percent higher than what we used to buy them. So the only option to remain in business is to increase the price of the product.”

After the strike last week, the sachet water producers announced on Thursday that they have imposed an increase on their commodity due to rising production costs.

“Water producers are to sell to their customers if less than 100 bags at N200 per bag,” the notice said in part.

John David, a pure water marketer in Gwagwalada area of Abuja told Daily Trust: “We are back from strike now, but we now sell the water for N200; we need to make people understand that we cannot continue with the old price.

“You can see that things are now difficult in the market; the price of leather has increased, the water we use is from the water board because we have to be sure that what we are giving the public is safe drinking water.

“Also we go through so many processes in making the water good enough for drinking. So if we continue at the old price, the business will collapse. I know even the people that drink the water will not want the business to stop.”

He said what they have done is in the interest of everybody and would assist them to make sure the water follows the necessary process and everyone could be sure of what they are drinking.

“Buhari Is Killing Us Faster Than We Expected”

Abuja residents are not happy with the development and are calling on the government to show more concern to the plight of ordinary Nigerians.

June Ibegbulam, who loads taxi in Wuse motor park, told Daily Post; “My brother, this one tire me. How we wan take survive?

“Just when we dey talk say we no fit buy food chop again, now water don join food. I stand here under the sun for the whole day. When it was N10, I drink at least 10 to 15 but now, I have to reduce it 5.

“This government is killing us faster than we expected. Na only God go save us.”

Mama Aminat, a market woman in AMAC Market, said; “Wetin you want make I talk? You no know say everything don spoil?

“Buhari don finally finish us. The worse you can do to any living thing is to deny them water. Food aside, no one can do without water and that many people can no longer afford ordinary ‘pure water’ is a big problem. I be mama, I get four children. Before, we dey buy 3 bags for N360. But now 3bags na N750. Tell me, how we wan take do am? Na only water person go drink?”

“The Pure Water Hike May Lead To Water-Borne Diseases”

An Abuja based medical expert said  that the hike in price of sachet water may lead to waterborne diseases and deaths.

According to him, people, mostly those living in shanties and rural areas will now resort to contaminated water due to their inability to afford cleaner water for themselves and members of their families.

He listed some of the most common waterborne diseases to include “Typhoid Fever, Cholera, Giardia, Dysentery, Escherichia Coli (E. coli), Hepatitis A, Salmonella” and called on the current administration to “see to the welfare of ordinary Nigerians,” adding that “if all citizens have access to clean water, these diseases would not exist.”

Shuaibu Jibrin, a resident of the FCT, also told Daily Trust that many people might resort to different sources of water and that might lead to water-borne diseases.

He said during the sachet water producers’ strike, many people had already started drinking water from the public waterworks and boreholes, adding that with this price increase, they might just continue to drink the water, which might lead to an outbreak of water-borne diseases.

Jibrin said, “How many people can buy pure water for N250 to N300? Some people are complaining about the cost as it is today. How much more this new increase? I am only afraid of diseases because people will drink whatever they see.

“I can tell you that soon the price of bottled water will also go up, that is the way it starts, and there is nothing in the country that the price has not increased in the last few months. Is it bread, foodstuff, even the price of soap that has not gone up?

“Let us not talk about cloth and others because those ones are not essentials. We pray the middlemen will also not increase their own and it will not be more than we are seeing.

Ime Samson, a food vendor in the Utako area of the FCT, said that they now sell pure water for N20 per sachet, adding that in some places they even sell for N30.

Asked if people still patronize her due to the increase, she said, “yes people are buying; some people even prefer to buy bottled water, because during the strike, for some days we could not even get pure water at all.

“So, people are even happy if they can see and buy at that price. I believe that was why they went on strike in the first place, now people are happy to see the water and they can sell at any price they want.”

At the old Airport junction in the Kado area of Abuja, Daily Trust caught up with a food vendor who was already serving her customers water from a container.

The vendor, who sold different kinds of delicacies, was seen giving drinking water from a jerry can to her customers who were also happily drinking without worrying about the consequences.

When Daily Trust sought to know the source of the water, she simply said: “This is borehole water; it is very clean, this is even better than some of the pure water that people sell around here.”

Another food seller in the Wuse area of the FCT, Mrs Monica, said: “Since the pure water people went on strike, I have been selling only bottled water.

“I just wonder what they want people to drink; do these people think that it is everybody that can buy bottled water? Some people will just eat and not drink water and that is not good at all.

“It is not that they don’t want to drink, but when you tell them to buy bottled water they will say no because it is too costly.”

She said she hopes the government will intervene in the issue, because that is what the majority of the people drink, stressing that almost all the people that came to eat drank pure water.

“So I am surprised by this strike. Even if they want to increase the price, why should they go on strike first, it is not good at all,” she said.

One of her customers, Abdul Sule, said: “I wonder where this country is going, everything is now beyond the reach of the ordinary man, even pure water that we are drinking is no longer affordable.

“What do they want the ordinary man in Nigeria to do? I just imagine where we are going to end up. If we continue like this, things will definitely continue to be hard for people.

“You can imagine if what they are saying is true, that they want to be selling the bag for N300 or more. How many people can afford that? The truth is that many people will not be able to afford it and many will resort to drinking from other sources of water,” the food vendor said.

KanyiDaily recalls that an Islamic cleric, Sheik Murtala Sokoto had said that President Buhari has failed Nigerians, adding that those who are still praising him are liars and useless hypocrites. 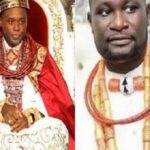 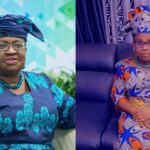