Vice President, Yemi Osinbajo has hailed the creativity of Nigerian skit comedians, saying they are the funniest in the world. 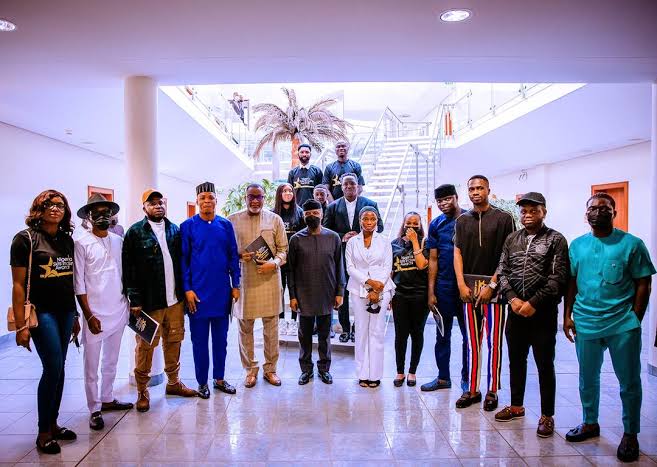 Osinbajo stated this when he received a delegation of young Nigerian Comedy Skit Industry practitioners under the auspices of the Nigeria Skits Industry Awards (NSIA), led by its promoter, Hon. Bimbo Daramola, at the Presidential Villa Abuja.

In a statement by his spokesman, Laolu Akande, on Wednesday, Osinbajo was quoted as saying “I don’t think that anybody anywhere is as funny as Nigerian comedians.”

The vice president urged the skit comedians to use their huge followings on social media and the internet to promote issues for the social good and impact.

He said that the creativity and talents of Nigeria’s youth were enough reason to believe in the future of the country and build a new Nigeria that every Nigerian would be proud of.

Osinbajo said, “I strongly believe that what our young people are doing and what they are capable of are what will lead our country to where we are meant to be.

“The future is not tomorrow; it is already here and we can see it from just everything you are doing, the global acclaim that you are getting; young people like yourselves, doing something good.

“I must say that just based on the sheer creativity around this, I don’t think that anybody anywhere is as funny as Nigerian comedians.”

The Vice-President further urged the young skit makers to use their large online following for the good of the nation.

He intimated the group on the government’s efforts to boost the Nigerian entertainment sector via the Technology and Creative Advisory group which aims to shape policies to encourage the growth of the sector, as engagement with comedy skit makers was important.

He said, “Why I think this engagement (with skit comedians) is important is because this is the way to go. Let us sit down and look at all the issues and come out with realistic positions that can then become policies, and what sort of support will be required.”

The VP assured the team that the Federal Government would continue to create an enabling environment for the growth and development of youths in the country. 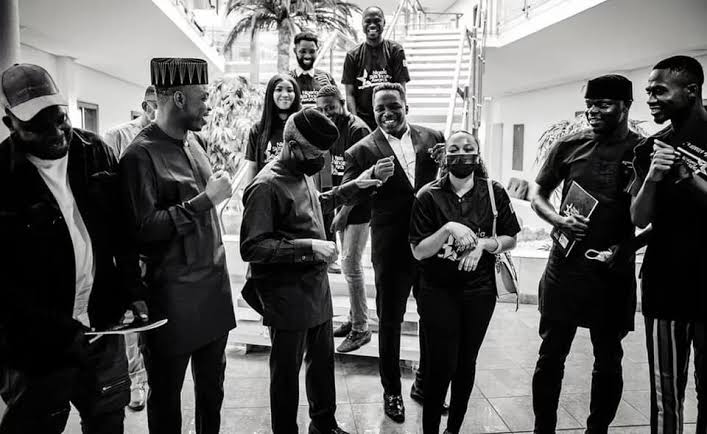 KanyiDaily recalls that Yemi Osinbajo had also urged Nigerian youths to join politics in order to make the changes they desire in the country. 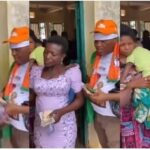 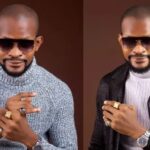