Imo State Government has reacted to the invasion and arrest of Uche Nwosu, the son-in-law of a former state governor, Rochas Okorocha, at St Peters Anglican Church, Eziama Obaire, in the Nkwerre Local Government Area of the state. 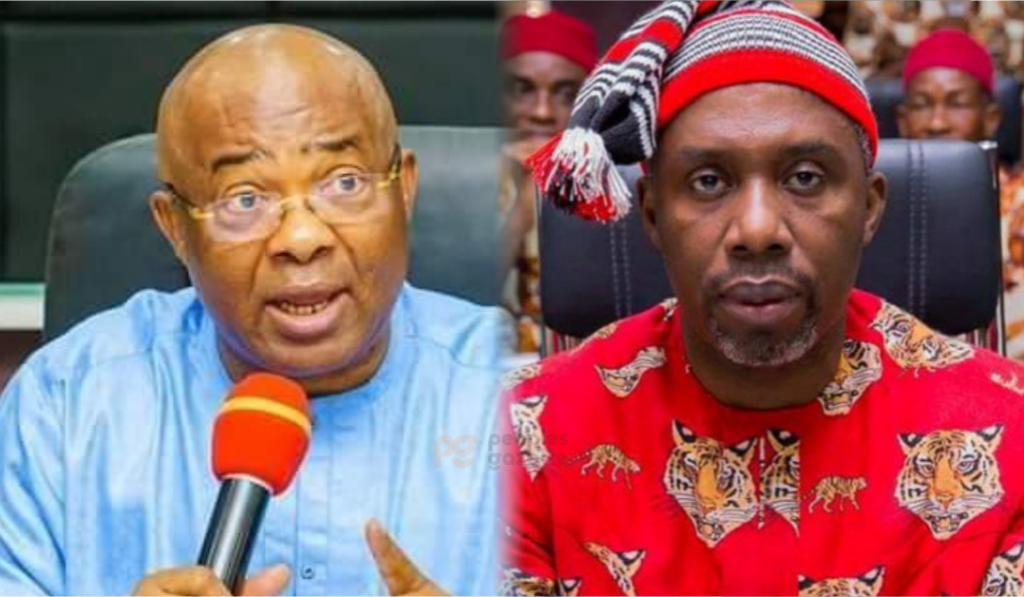 KanyiDaily had reported how police invaded the church while trying to arrest Uche Nwosu during the outing service of his mother’s burial on Sunday, December 26.

Eyewitnesses said the policemen who came with a military van fired live bullets in the air and at the church building before carrying out their main task to arrest Nwosu.

Reacting to the backlash tailing the incident, the Commissioner for Information and Strategy, Declan Emelumba, in a statement on Monday, condemned the action of the police, saying that the state government will not support disrespect for a place of worship by security agencies.

Imo State government also accused some people of whipping up public sentiments over the arrest of Uche Nwosu in the Anglican church.

The statement reads: “The Imo State Government is aware of the futile efforts by some people to whip up public sentiments against it over the arrest in an Anglican Church of Mr. Uche Nwosu.

“The plan is to de-emphasise the possible criminality behind his arrest by playing up the desecration of a church.

“For the avoidance of doubt, while the government believes that no stone should be spared in the effort to rid the state of criminality and banditry, it will not support any form of disrespect for a place of worship by security agencies.

“In this regard, the arrest of Mr. Nwosu within the church premises could have been avoided and therefore stands condemned.

“While government regrets the manner the arrest was made, we wish to emphasise that since it was purely a security matter, the full reason why such an action was taken will eventually unfold, and perhaps guide the public better.

“Government, therefore, wishes to appeal to those negatively affected by the action to bear with the security agencies.

“His Excellency, the Executive Governor of Imo State, Senator Hope Uzodinma, holds the Anglican Communion in very high esteem and will never support any act that will disrespect her reverential status as a place of Divine worship.

“The government will continue to protect the interest of the citizens of the state while not impeding the work of security agencies.”

KanyiDaily recalls that Uche Nwosu was finally released unconditionally on Sunday night and photos of how he was treated when arrested by security operatives had been circulating online.

Uche Nwosu Narrates How Police Arrested Him In Church, Threatened To Blow Off His Head