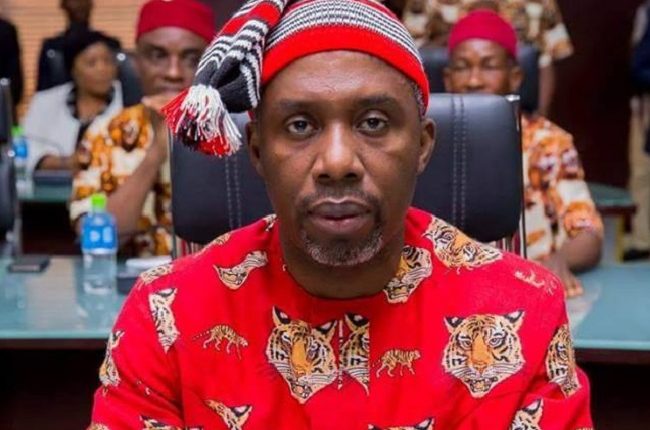 Uche Nwosu is the son-in-law of Rochas Okorocha, a senator and former governor of Imo.

Nwosu was whisked away by the security agencies at St. Peter’s Anglican Church, Eziama-Obaire, Nkwerre Local Government Area of Imo State on Sunday.

A statement issued by the spokesperson of the Imo police command, Michael Abattam, said Nwosu was not abducted and is presently in police detention.

The statement reads, “This is to inform the general public that chief Uche Nwosu was not kidnapped but was arrested by the police and Imo state police command is aware of the arrest, and presently he is in police custody.”

“This is to refute the earlier news that has been making rounds on social media that he was kidnapped by unknown persons/gunmen.

“The Police Commissioner in the state used the medium to assure Imolites of the Command’s commitment in ensuring the safety of lives and properties in the state this festive season.”