A 43-year-old Nigerian man has been arrested by the police in Cyprus for carrying a knife to a stadium where Pope Francis was celebrating outdoor mass. 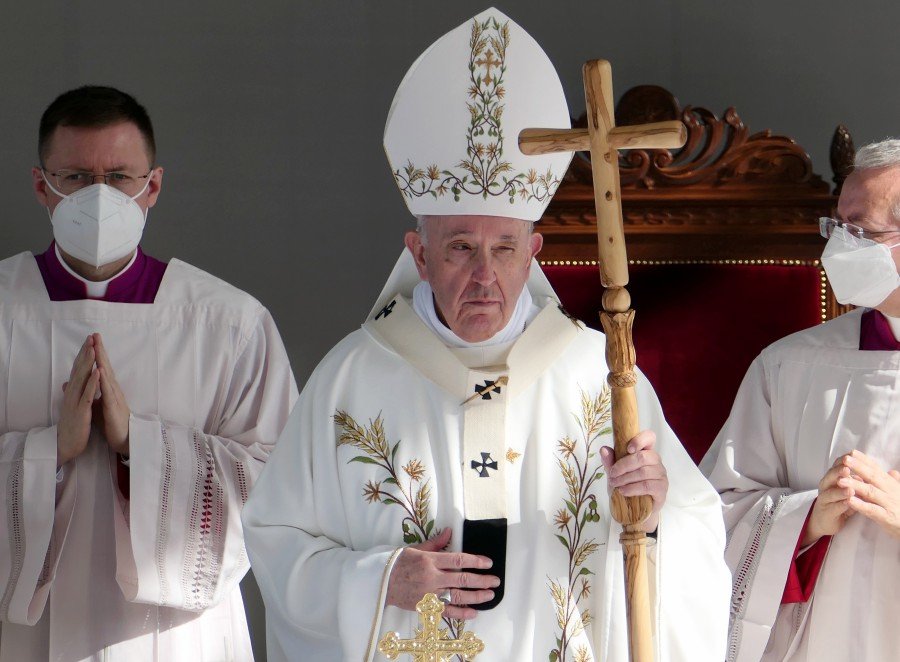 It was gathered that the middle-aged Nigerian man was apprehended by the police during security screening for thousands seeking access to the stadium where Pope Francis was celebrating mass on Friday.

According to a report by Nigeriabroad, authorities said it appeared the knife-carrying incident was unrelated to the presence of the pope on the island.

“After an investigation, it appears that the two are unrelated, there was no intention to do something,” one source said, while a second said the knife was thought to be for personal use.

During the prayer on Friday, another 25-year-old Nigerian man, Kingdom Miracle Jonathan called on Pope Francis to pray for him as he confessed that he had been suffering since he arrived in Cyprus.

Jonathan, who was waiting outside the church on the divided island of Cyprus, where Pope Francis held an ecumenical prayer service for migrants and refugees in Cyprus on Friday, said he needs prayers as he is without accommodation and a job to feed himself.

He said, “I would like the pope to conduct a prayer for me and to tell him how I need his help,” he said. “I’ve been suffering here … I have no accommodation, no job, I’m struggling to feed myself here in Cyprus, so I need help.”

Francis was expected to take 50 migrants back to Italy — a gesture that inspired dozens more to flock to the Church of the Holy Cross, some in apparent hopes that they too may get the chance to start new lives there, AFP reports.

This comes a few months after Pope Francis called on President Muhammadu Buhari to find a lasting solution to the insecurity and incessant killings in Nigeria.

Related Topics:CyprusgistMETRONewsNigeriapope francis
Up Next