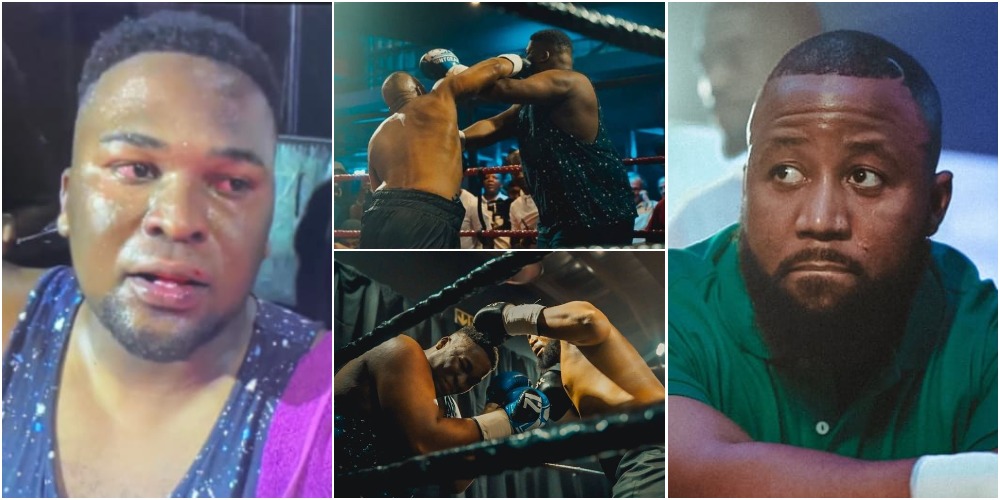 It was gathered that Cassper Nyovest had earlier in the year organized the boxing bout between himself and Slik Talker, who is fond of attacking him on social media.

The highly anticipated match tagged “Fame or Clout” which eventually took place last night was organized to settle their beef and it was streamed online by over 100,000 people.

During the match which lasted for a minute and thirty seconds, Cassper delivered a couple of blows on Slik’s face followed by an uppercut that left him wobbling and gasping for breath.

The Hip Hop artist was eventually awarded a technical knockout victory by the judges as Slik Talker couldn’t keep up with the intensity and was clearly struggling to balance himself.

Although Slik Talker was beaten, he bagged a whopping R200 000 from the fight, and a lot of fans praised him for accepting the challenge which has been trending on social media.

KanyiDaily had also published a video showing the moment two young men were seen fighting publicly over a pretty orange seller in Nigeria.