The Muslim Rights Concern (MURIC) has kicked against the appointment of only Christians in Taraba State University (TSU) by the state governor, Darius Ishaku. 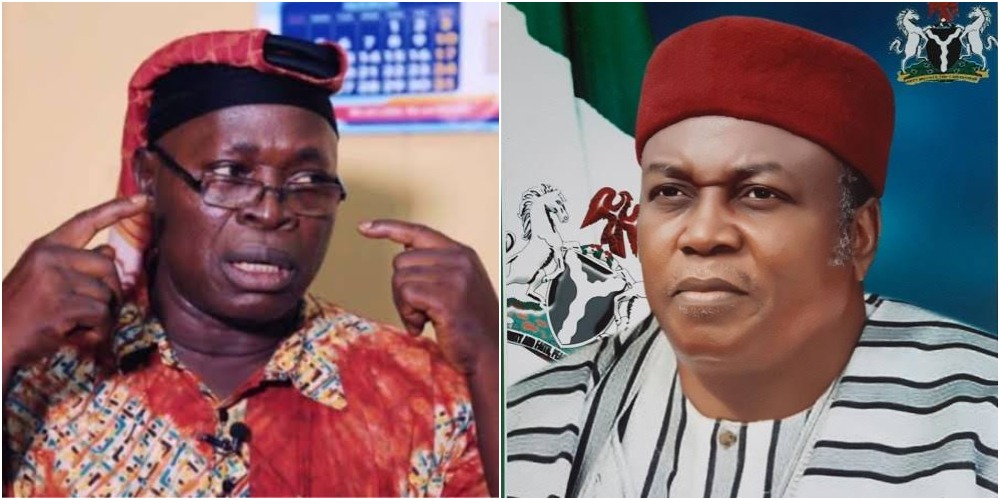 In a statement on Monday, MURIC Director, Professor Ishaq Akintola asked the governor to explain why only Christians were appointed as principal officers of the university after the recent interview conducted by the institution.

The Islamic human rights organisation also questioned the lopsided appointments of permanent secretaries which favoured Christians only when Muslims who applied for the positions scored highest marks in the interview.

The statement reads, “The Taraba Muslim Council recently disclosed that Muslim applicants scored highest marks in the interview held on 17th February, 2022 for the posts of Vice Chancellor, Registrar and Bursar of Taraba State University (TSU). Surprisingly, Christian applicants who scored less were given the exalted positions.

“This is highly disgusting, extremely repugnant and outrageously scandalous. Governor Darius Dickson Ishaku is sacrificing excellence on the altar of mediocrity. There is no doubt that picking a less qualified Christian and dropping an eminently qualified Muslim is the height of articulated religiousity. Ishaku has set a dangerous precedent.

“The public wants to know the circumstances surrounding the appointments of Christians only as key officers of the university sequel to the recent interview conducted by the university. Ishaku must explain why all the three principal officers of TSU are Christians. The governor must put his cards on the table for all to see. The Taraba Muslim Council suspects foul play. MURIC believes that Allah-given fundamental human rights of Taraba Muslims have been abridged.

READ:  Mum Arrested For Selling Eight Of Her Children 'Just To Buy Drugs'

“How did Prof Sunday Bako, Mr Joseph Bibinu and Mr Abraham Bagu emerge as vice chancellor, registrar and bursar respectively? These questions were asked by the Taraba Muslim Council about a week ago but there has been dead silence from the governor’s end because he knows that the only criterion which he considered in them is that they are Christians.

“It is a pity that merit has been allowed to give way to religious favouritism. No wonder the downward quality of education in Nigeria today. Leaders like Ishaku will only give Christian dominated education, not quality education. To them, it is the faith of the vice chancellor that matters, not the high standard he can give the institution. How then can such a university rub shoulders with world class universities?

“Can the Taraba state governor explain why Engr. Mohammed Yusuf Bose was sidelined and two of his juniors in rank, Samuel Lauya and Godfrey Dame were appointed permanent secretaries? Is there also any explanation for appointing a Christian who is junior to Abdulkadir Nagari, Hashimu Hammawa and Dr. Shehu Kara?

“That is not all. There are many other marginalized Muslims in the Taraba civil service like Barrister Aminu Sabo Adamu, Hajiya Halima Zubairu and Dr. Ahmad H. Kara. Christians who are juniors under them are elevated to the post of permanent secretaries while they remain in the same posts.

“They are now serving their former juniors! Their only crime is that they are Muslims and Governor Ishaku’s mission is to frustrate Muslims in the civil service. Ishaku believes that Muslims must be shortchanged. Is this fair? Is this equitable? This is his own way of purging Muslims out of the system. He believes that frustration will force them to ask for premature retirement. Is this not what we call man’s wickedness to man?

“Ishaku has instructions to carry out religious cleansing in the state’s workforce. This governor has just two dogmas: number one, only Christians deserve the highest posts; number two, Muslims must be the dregs of Taraba society. This is administrative robbery. It is denial of their Allah-given fundamental human rights which must be condemned by all men of conscience.

“The clock is ticking. Ishaku can deceive Nigerians. He can hire image launderers and political jobbers to rewrite history and call white black. But no kangaroo discussion panel on television or radio can change the demographic reality in Taraba State.

“North and Central Taraba whose predominantly Muslim population constitutes more than 69% of the total population will speak to Governor Ishaku in the language he understands at the next gubernatorial election.” #MuslimNumberMustCount

KanyiDaily recalls that MURIC had also slammed Christians seeking the removal of the Ajami (Arabic) inscriptions on Nigerian currency through a suit filed by a Lagos-based lawyer, Malcolm Omirhobo.

President Buhari Reacts As Founder Of Complete Sports, Sunny Ojeagbase Dies In US