Nollywood actress, Nkechi Blessing Sunday has taken to social media to launch a verbal attack on her husband, Honorable Opeyemi Falegan, after he announced they have ended their marriage.

During a live video session via his Instagram page on Wednesday night, April 6, 2022, the politician revealed that hhis two years marriage to the actress had ended.

Falegan stated loud and clear in the video that he is no more married, stressing that he has a name to protect and doesn’t want it enmeshed with any controversy.

He added that he does not want to be associated with Nkechi’s controversial life, warning people to desist from calling him a husband to anybody, referring to the actress as the ‘anybody’.

The politician said, “I am saying it right now I am not anybody’s husband, I’m not what you guys think. I don’t want to be known for any notoriety or anything controversial. I have a name. My name is my pride.

“I want to be known as someone who has added value to people, who will keep doing the work for people. I have a name that I’m trying to protect here. Anything little thing, husband of… Where did you see the husband?”

READ:  Why My Relationship With Ghanaian Men Don't Work - Yvonne Nelson Makes Shocking Revelation, Says She Hasn't Slept With A Man For 2 Years

READ:  "The President Doesn't Listen To Anybody, He Doesn't Even Read" - Amaechi Exposes Buhari In Audio Leak

Addressing her estranged husband’s comments on her Instagram page, the actress denied being dumped, insisting that she’s the one that walked away from the marriage.

Nkechi revealed that her husband is very broke and isn’t active on bed, claiming that she broke up with him because she was tired of using the little money she was making to feed him.

She said, “The one wey I no like na if you lie say you leave me. Leave me? Nobody ever does. I simply take a walk and not say my side of the story because really it’s not worth it.

“Say what you want but you see lie? We go wear same trousers. Na then gan gan you go vex me. I have a large family. I cannot come and be using this small small money I am seeing to feed a grown man! Leave my name out of your mouth”.

READ:  "This Scam And Extortion Must Stop" - Tuface Calls Out NCDC For Frustrating Travelers [Video]

Nkechi also rained courses at Instagram blogger, Gistlover, who accused her of being a lesbian and bisexual who sleeps around with married men resulting to her marital crisis. 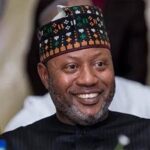 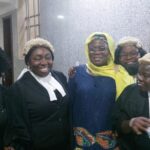