Grammy-winning Nigerian singer, Burna Boy was gifted bras by his female fans during his performance at the ‘One Night Space’ concert in Maddison Square Garden, New York. 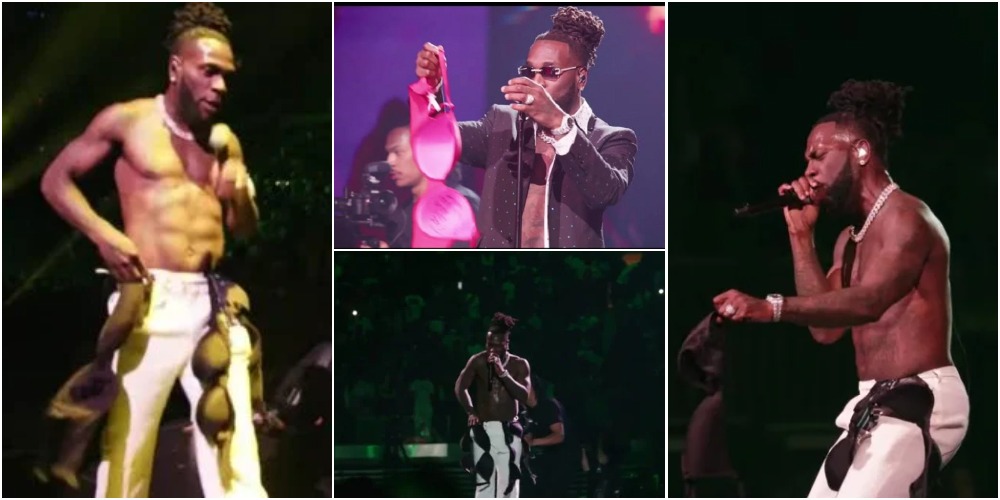 Burna Boy ‘One Night In Space’ Concert In New York

On Thursday night, the self-acclaimed ‘African Giant’ delivered a colorful performance of some of his hit songs at the Maddison Square Garden, making him the first Nigerian singer to headline a concert at the 20,000-capacity venue.

During his performance, some of his female fans who graced the occasion decided to show the singer some love and appreciation by ‘gifting’ him with their bras’.

In now-viral videos of the event, Burna Boy could be seen collecting the bras of female fans as he encouraged them to throw more amid cheers from the audience.

The singer attached one of the bras to his microphone while performing, and he also strapped some of them around his trouser to form what seemed like a belt.

READ:  Nollywood Actor, Taiwo Hassan Reveals Why He Has Never Kissed Any Woman In Movies

The wildness and energy of Burna Boy's fan is what we need today!🤣pic.twitter.com/p0Ugo6zpJd

This is how a giant takes the stage!

KanyiDaily recalls that Burna Boy had recently claimed that money no longer gives him satisfaction anymore except being on stage with his band, adding that his wish now is to live and die on stage. 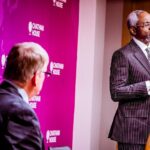 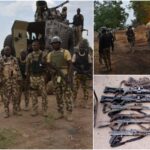