Kemi Elebute-Halle, the governorship candidate of the Action Democratic Party (ADP) in Ekiti, has cast her vote at polling unit eight, ward 10, Ikole Local Government Area of the state. 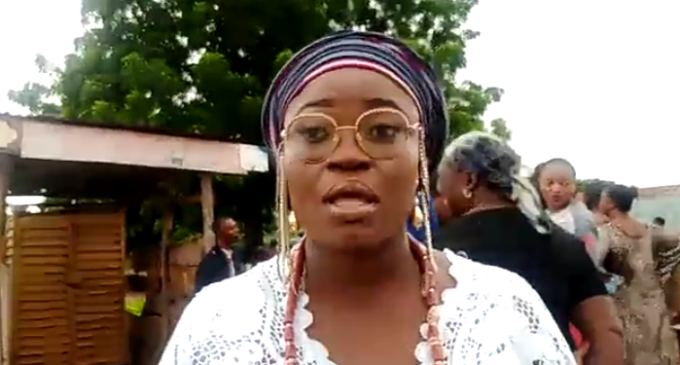 Speaking with TheCable after exercising her right, the female governorship candidate commended the process of accreditation and voting at her polling unit, saying it is credible.

She, however, alleged that other political parties are inducing voters with money in the ongoing Egi governorship election.

Elebute-Halle asked the voters to vote for the best candidate irrespective of the money they receive from political parties.

“We hope that the whole world is watching them. Something about life is that there is nothing hidden that will not be made open.

“We believe in our people that irrespective of whatever they give them; they will still exercise their civic rights and we are expecting a good change.”

Sixteen governorship candidates are currently vying for the top seat in the 16 LGAs of the state.

READ:  Governor Ambode Will No Longer Be Removed From Office - Tinubu