The General Overseer of Omega Fire Ministries, Apostle Johnson Suleman has slammed those criticizing him for praying for a former Deputy Senate President, Ike Ekweremadu, and his wife, Beatrice Nwanneka, who were arrested in the United Kingdom. 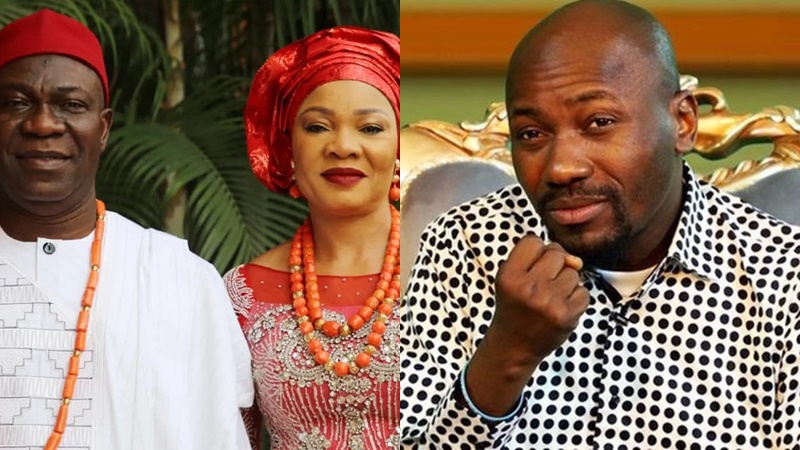 KanyiDaily recalls that on June 23, the UK metropolitan police had announced that the couple were arrested over the allegation of bringing a child to the UK for organ harvesting.

However, a letter addressed to the UK Embassy and personally signed by the former Deputy Senate President indicated that the young man was to ‘donate’ a kidney to Ekweremadu’s daughter.

Reacting on his Twitter page, the cleric prayed that God will see Ekweremadu and his family through their current situation and spare the life of their daughter.

Suleman wrote, “Heard about the travails of the former deputy senate president,may God see him through..may God protect their child and spare her life.. Thank GOD for preserving the life of that minor who was to be used.. May God help them to do the right thing.. This too shall pass!”

Addressing those criticizing for praying for someone who allegedly committed a crime, the cleric justified his action by saying, ‘Jesus prayed for a confirmed thief on the cross.”

He wrote, “I just made a prayer for all those involved in the issue of the former deputy senate president and I see reactions.. since you have become the law court, take your hate somewhere else and don’t join those I have blocked..even a confirmed thief on the cross, Jesus prayed for him.” 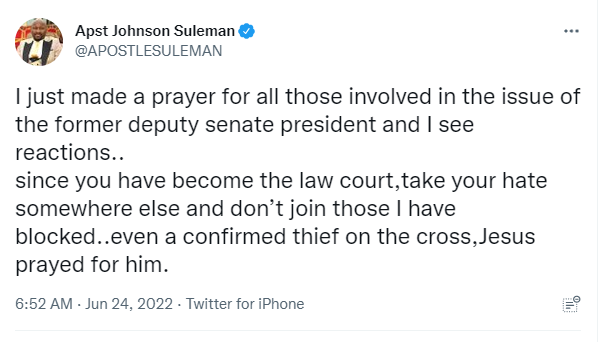 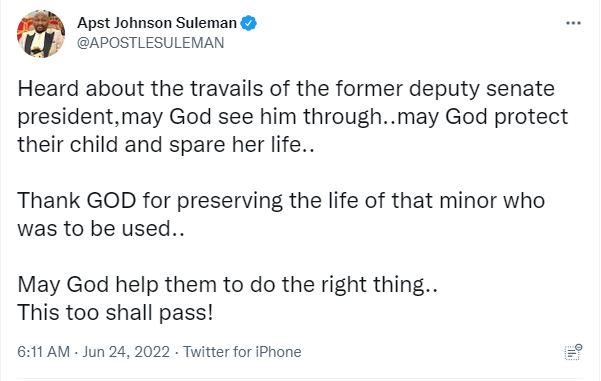 READ:  "I Am Into Women, My International Passport Bears Male Not Female” – Bobrisky Reveals [Video]