Veteran rapper, Eldee said he does not regret his decision to relocate to the United States because he wouldn’t have accomplished anything if he had stayed back in Nigeria. 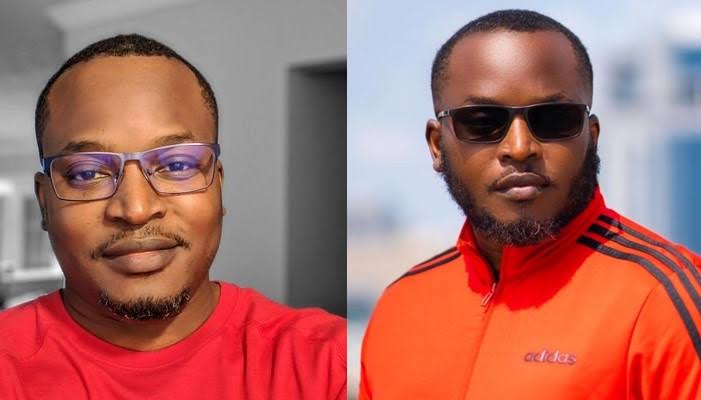 The rapper stated this on his Instagram story while reacting to a follower’s statement stating that relocating to America is not easy and not always the best.

In his response, Eldee disclosed that he does not regret leaving Nigeria because the only he would have made money in the country was by stealing.

He wrote: “It’s all about perspective. Everybody’s journey is different. The real question is what your definition of ‘make it’ is. I don’t for a second regret my japa.

“My life today is exactly as I envisioned it in 2012 when I decided I was finally done with my Nigeria.

“We all have different goals and priorities in life. I chose being rich over looking rich. The only way I could have accomplished what I have today in Nigeria is if I stole the money and I no sabi thief.” 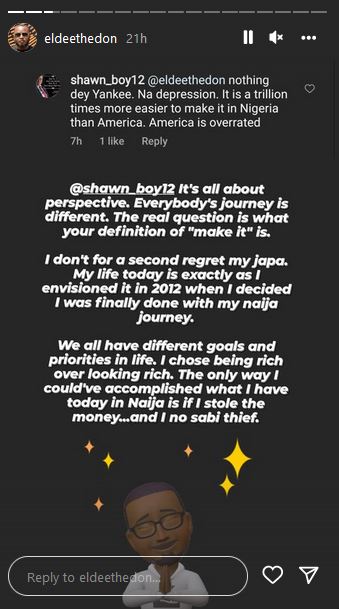 KanyiDaily recalls that Eldee said he is sick and tired of people sending him messages asking for financial assistance, stressing that every time he gives out money, he is depriving his family the things they need. 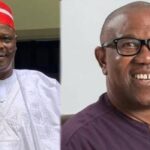 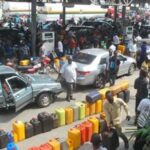