May Aligwe Edochie, the wife of Nollywood actor, Yul Edochie, has responded to a fan who asked to put up an account number on social media for crowdfunding. 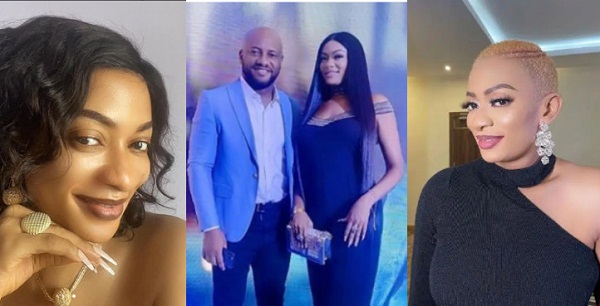 The mother of four had recently taken to her Instagram page to share a stunning video in which she was seen having fun at an evening event.

Reacting in the comment section, a concerned fan identified as @rita_b11 averred that some fans were willing to assist her financially amidst the marital crisis with her husband who recently unveiled his second wife, Judy Austin Muoghalu, and their child.

She urged May to share her account number on social media, stressing that she had reached out to Nollywood actress, Tonto Dikeh to post an account number so people can contribute and later the money will be handed over to her but the actress never responded.

@rita_b11 wrote: “Queen May alot of people wanted to support you financially but they just didnt know how to send funds to you.

Reacting to the fan’s demand, May Aligwe simply appreciated her benevolent thought saying “Thank you so much.” 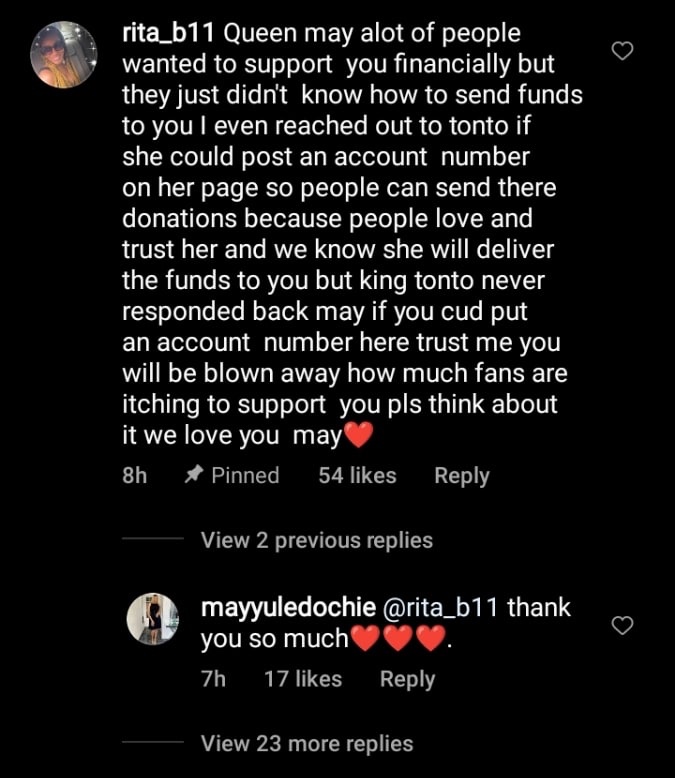 KanyiDaily recalls that in April, Edochie unveiled his second wife, Judy Austin Muoghalu, and their baby despite still being married to May Aligwe for 17 years with four kids.